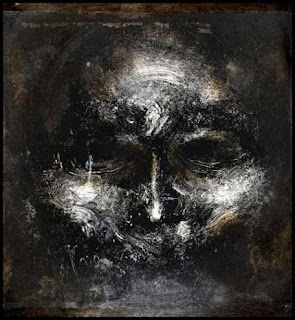 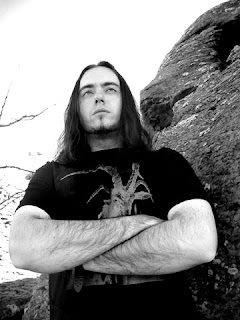 Calm Down, No Need To Get All Crazy!

ENDITOL is a progressive/extreme metal project from Canada. The band is the solo project of Divinity guitarist Sacha Laskow, who plays and programs everything on this debut album. This is his first release, besides a demo, under this name and proves to be much more technical than even his main band is.
This album is not for people that want some songs with extended playing sections with long stretches of soloing, this is an album for people that enjoy short stop-start patterns, technical playing, and fast playing. This is more in tune with groups like Meshuggah, Dillinger Escape Plan, or even Laskow's regular band Divinity, as the songs don't go for a progressive metal sound as much as an extreme and technical one. Though within the album there are most certainly parts that fall into the Dream Theater category because within these relatively short songs, a lot actually manages to happen.
Tracks often condense what could have been a ten minute track into only four or five, thus you get multiple things that come in and out, like the piano that comes in near the end of the opening track Monoculture. However there's still a very nice blend of progressive soloing and quiet moments to balance out the heavy and rapid-fire technicality that dominates a good portion of the album. I can only speak for myself here, but I would have preferred if some of these tracks would have been extended, made a bit longer, and explored a bit more territory because the longer tracks really went more places that the shorter tracks didn't and I'd like to see where some tracks would be able to go.
Vocally, performances are done by Jerrod Lyster, there's a cool mix of styles that range from death growling and screaming to more melodic, almost Queenryche-esque singing. I'd say that there's a good balance between the two styles throughout the entire disc with singing maybe being more prevalent than the growling. I actually found myself impressed by how well the singing was done, the screaming sounded similar to the vocalist in Divinity, could be the same guy, but the vocals fit the music well.
Overall, I'd call this album a success, a few problems that I have with it, personally, that stop this album from being short of great. Once again, if a bit more ground was covered, or explored, I could see this album really just hitting home for me. If you like extremely fast, technical or progressive music, definitely check this out.
Overall Score: 8.5
Highlights: Ayin, Heavenvein, Hope Universal
Posted by maskofgojira at 4:04 AM