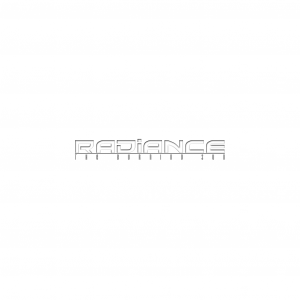 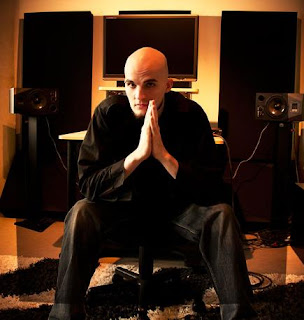 Radiance is the solo project of Necrophagist guitarist Sami Raatikainen. This is his first solo record and contains all of the trademark progressive sounds that you might expect from Sami, as well as some surprising things as well. This album, though containing seven tracks, is meant to be a single piece.
Being a single piece of music, it probably goes without saying that all seven of these tracks runs together. Besides that, the music on here is about what one might expect from a guitarist from Necrophagist, it's technical, it's progressive, but this is also a lot more melodic as well as a lot more groovy as well. There are certainly some parts on here that hark back to a band like Meshuggah as well as parts that lend themselves to a more Dream Theater-like sound, but that is probably due to the fact that the vocalist on the album, Mats Levén (Therion, Adagio), sings on the album. The vocals are potentially what could turn off a lot of fans of the Necrophagist crowd, as they are done in the more traditional power-metal style of singing, very dramatic and emotional.
This album should definitely please any fan of progressive music, but fans of Sami's main band might be a disappointed by the lack of short, rapid-paced, technical death metal sounds on here. The title-track, The Burning Sun, is the epic on here, being an epic eighteen minute long track, that explores your standard progressive metal as well as elements of ambient and tech metal/djent throughout it's entirety. However, the sheer amount of riffing and soloing on this track alone should at least get the attention of anyone that listens to it, whether they happen to like the more extreme or the more traditional side of the prog-metal genre.
This album also makes use of a lot of ambient music with three interludes, of sorts, and a lot of piano parts. Within the two epics of the album, piano appears, but it's in the track 0 that it can actually be called a ballad. The interludes are more ambient based pieces that, while they aren't long at all, they feel almost too long after listening to the epics on the album, personally, I would have preferred a larger build up; but since this is one piece it's not like it doesn't make sense.
Overall, this is a solid debut full-length from this project and it should definitely excite all fans of progressive metal. I can't really say that this is overly extreme sounding when compared with Necrophagist, but this album certainly shows the creative mind that Sami has, and hopefully is utilized on the next Necrophagist album. If you like prog-metal, check this out, chances are you'll like it.
Overall Score: 7.5
Highlights: The Burning Sun, Downward Spiral
Posted by maskofgojira at 12:10 PM