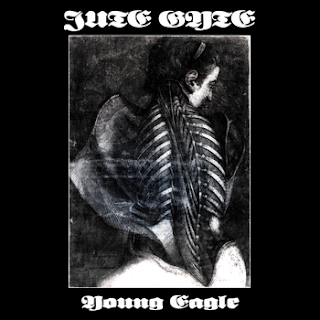 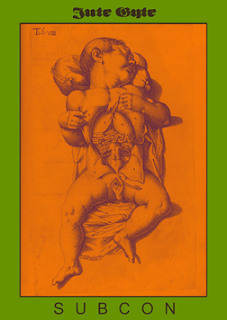 Black Metal's Answer To A Punch In The Face.

Jute Gyte is a solo experimental project from Missouri. Though the project has been active since 2002, records didn't start being released till four years later. Throughout this one project Adam Kalmbach has explored areas of black metal, electronic, drone, and noise music, releasing a decent amount of material each year.
Like a shot in the face, this record opens with blast-beats, harsh distortion, and screaming vocals. This opening song, See The Abandoned Throng, moves from intense blackened noise to more somber drone sounds rather fluidly despite being the shortest track on the entire album, it definitely made me want to listen further. With how little I knew about this album coming into it, I was surprised how engaging it was and how much it drew me in.
I noticed that throughout this record, no matter how distorted or aggressive it got, there was always something to latch onto, whether it be a subtle melody or the atmospheres that make up the background of most of these tracks. There is also more than once when this album slows down to a more melancholic crawl, recalling elements of the depressive side of black metal without all the cheesiness. There is also a odd sense of what I could only compare to jazz on this record, hear The Wine-Halls Are Crumbling and you'll get what I mean. One could also call it a pervasive sense of eeriness that just surrounds all the songs on here.
I found that this record, for what I interpreted it as trying to accomplish, had a good sound for the material that's on here. The production is pretty distorted and harsh sounding, remaining pretty raw for the most part, but able delicate enough for the acoustic ballad What A Bird Bore Away Over The Deep Ocean, even though noise builds up until the end of that track in particular. The raw sound gives this album an even more gritty and aggressive sound that only adds to the overall harshness throughout the entire disc.
However, like I said, there's always a silver lining in these songs, whether it be some electronics in The Might of Ash Spears or a violin in the beginning of the title-track, Young Eagle. The aforementioned What A Bird Bore Away Over The Deep Ocean as well as the closer, The Flower and The Chain, both express the project's more somber sides, ambient music with piano on the latter and acoustic guitar and noise on the former. Both sides actually manage to work together so well on here because, in my opinion, these softer tracks provide a break from the destruction that the heavier, more aggressive tracks bring.
Overall, I really enjoyed this album, and while I might not find it the best album to come out, it's definitely quite original sounding. I can't say that everything on this album was even great, there was a few parts that left me a bit bored, but overall it's quite an enjoyable album. This gets a recommendation from me to anyone that sees themselves as a fan of experimental metal music.
Overall Score: 8.5
Highlights: Glory At Hand, The Might of Ash Spears, Young Eagle
Posted by maskofgojira at 6:36 AM