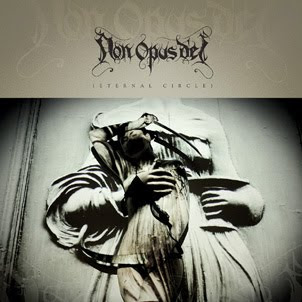 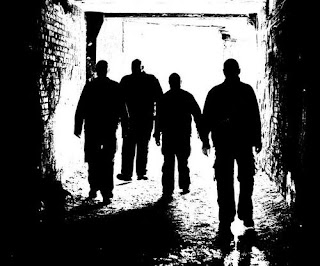 Non Opus Dei are a technical black metal group from Poland. After over a decade of existence, only recently has the band begun to experience a greater degree of success. They're known for their unique take on extreme metal mixed with very harsh and technical playing.
The nine songs on this album are all very short and fast, also aggressive. In more recent years the band have developed a style that takes black metal and mixes it with a very avant-garde atmosphere that gives the band a very epic sound. However the use of keyboards is minimal at most, rarely using the sort of orchestral sounds a band like Dimmu Borgir use to achieve their huge sound.
But besides their black metal side, there are also elements of technical death metal, a bit of grindcore, and even psychedelic music integrated into their sound. However, it has only been in recent years that these influences have become totally one with their otherwise painfully aggressive black metal sound; and while it may be just that at it's core, I personally find that because the albums made by the band are fairly short in overall length, they are more tolerable than a band like Dark Funeral that tend to have longer songs that go nowhere, for me anyway. Also, unlike a lot of black metal bands, this band is able to maintain a very direct and almost straightforward approach to their songs while making them interesting by utilizing odd-sounding, if not dissonant, riffs, high-speed drumming, and brutal screams.
Surprisingly, despite the constant brutality that this album is, it never got out of hand and I didn't find myself getting lost within the whirlpool of riffs. Even short tracks like Dark Nebula or Death Hussar Legions didn't feel out of place on here, the latter track actually being quite memorable. There is however, a silver lining in here, while not every track is melodic in the regular sense of the word, there are several tracks that have repeating riffs that can get locked into your head, I found the track The Prisoner of The Worlds to be stuck in my head after one listen to the album, but that's just me.
Overall, I would call this album a very good piece of technical black metal. This is definitely different from other black metal albums this year, as these guys do have a unique sound to them. If you like intense, high-energy music, definitely give this a spin.
Overall Score: 8
Highlights: Woda Dla Umarlych, Przystrojona Sloncem, Galaxy In Her
Posted by maskofgojira at 8:09 AM