After The Burial - In Dreams 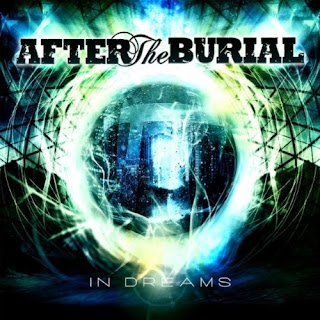 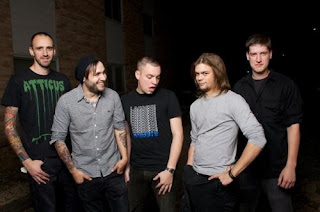 In Their Dreams, Meshuggah Is God.

After The Burial is a progressive metalcore group from Minnesota. Their last record, 2008's "Rareform" earned them a great amount of success for their take on tech metal. This is their third album and has caused a bit of a stir based on the songs released so far.
Personally, I've never been the biggest fan of the band, though I've always respected them, as they played really well and wrote some cool songs, it was just never really something I'd put on if I wanted to listen to the tech metal genre. Personally, most of it had to do with the hardcore vocal style that the band utilized on their records, which to me, never really didn't quite fit how the band presented itself musically, even though there are hardcore elements in there. I had to agree with the majority however when it came to their last record, as it did showcase a lot of potential and evolution from their debut, this new record is not as great a jump, but definitely shows some improved songwriting abilities.
From the opening track, My Frailty, onward, this album proves to be the band's most melodic record. There are more obvious sounding choruses on this record, or at least ones that are easier to latch onto right away as well as a more, I'd call it upbeat, vibe on this record, personally this record just didn't feel as dark as their previous ones, just listen to Pendulum. While I didn't find this record to hold the same sort of dark atmosphere that the riffs on their older albums had, this more upbeat feeling makes this record so much more melodic and catchy sounding in comparison. The vocals on this album also prove to be more melodic as well, as tracks like the already mentioned Pendulum and Promises Kept contain clean vocals during their choruses that aren't used in the background.
However, like always, the thing that attracted me to the band in the first place, the musicianship, is impeccable. I found tracks like To Carry You Away or Encased In Ice to hold excellent playing, mainly guitar playing as these guys are fantastic soloists. In my opinion, I think anyone that enjoys progressive music would be able to enjoy this record based off of the guitar playing alone. The drumming is also well performed, performing technical poly-rhythms with almost ease, similar to how Meshuggah do it obviously, but maybe not that out-there, if you catchy my drift. However the bass is lacking, as it's almost inaudible on most of the disc, only coming out every once in a while.
Overall, I didn't enjoy this album as much as "Rareform" but it's definitely a lot more immediate and melodic. I don't know how others will respond to this, but speaking for myself, this album did not let me down at all. If you like technical, progressive metal take a gander at this, you might be surprised.
Overall Score: 8
Highlights: Your Troubles Will Cease and Fortune Will Smile Upon You, To Carry You Away, Promises Kept
Posted by maskofgojira at 12:02 PM