The Young Gods - Everybody Knows 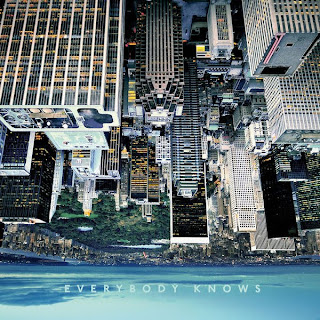 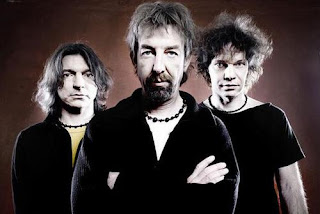 Dead Cities Of The Future.

The Young Gods is an industrial rock group that formed back in the mid-80s. Their releases have been fairly consistent throughout their decades of existence dabbling within other avenues of electronic music, but keeping with their original industrial sound. This is their seventh overall full-length record, excluding some of the experimental releases (according to wikipedia).
I'll come out and say that I, personally, thought that 2007's "Super Ready/Fragmenté" was one of my favorite releases from this band, not that any of their albums are really bad. That album had an energy that I could relate to, a very punk-like vibe that was used in a lot of songs that just really grabbed my attention in ways that other records had not. This record does not contain that same energy, but I don't know if I'd want it to, this record is much more subtle and accessible at the same time. The songs on this album aren't overly ambitious with energy or layers, but lies somewhere in between, holding a dancability sort of vibe while remaining very ambitious.
Vocalist Franz Treichler sounds just as good as ever on here though. Both his croon and his whisper sound vibrant and full of life, suiting the music on here, which is fairly upbeat for the most part. While I can't say that his voice has a large range, his voice wouldn't sound good anywhere else but here.
Musically however, this album is a bit more diverse than the trio's last few have been. A track like No Land's Man has a great bluesy guitar line in, a more rock based track, the following track Mister Sunshine has some great synthe work going on, both the glitchy beats and weird sounds that carry through it. But overall, this album is probably the most upbeat album I've heard from the band in a long time, even with the longer tracks keeping up a very bright sound through it's entire length. Even more sombre tracks like Two to Tango and Introducing are still quite happy in comparison to songs from the last album.
However it's the longer track where the band shines best, Miles Away or Once Again. These songs are not nearly as dancy as others songs, but have a focus more on atmosphere and soundscapes that just open up and unfold the more you listen to them. These tracks are also littered with a lot more electronic sounds while making use of the guitar as well. The latter track is much more electronic, constantly building and adding new sounds to itself, the former stays in a more ambient state for the most part.
Overall, while this didn't capture my attention like their last album did, I still found this to be a very gratifying album. Several of these songs are very catchy and while retaining and experimental side. If you want to try something different or you're just into electronic music, definitely check this album out.
Overall Score: 7.5
Highlights: No Land's Man, Miles Away, Once Again
Posted by maskofgojira at 12:23 PM