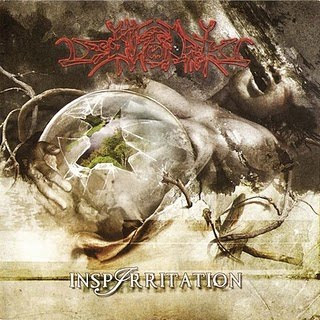 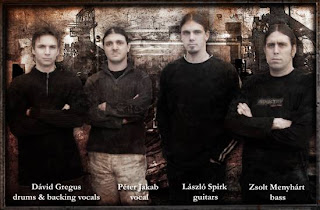 Depths of Depravity is a technical death metal/grindcore group from Hungry. The band have steadily grown with each of their releases, this being their third. The band have never branched out and done much to stick out but their releases have both been well received by the underground death/grind communities.
This is an album that gives you nothing but intensity and brutality. This thing is relentless and doesn't stop it's assault once it starts, which is the nature of all death metal, or at least what I like in my death metal. However, this band manages to make use of quite a few elements from the very technical style of guitar playing of the tech-death genre, to more jazzy bass playing that is often found in the genre's brutal counterpart, and even a bit more of the actual fusion parts that were pioneered by the prog-death bands like Atheist or Cynic. The accumulation of these different styles, while they're all under the same umbrella tag of death metal, allows for more then a little diversity on here.
Surprisingly the production on here appears to have more of a mid-range feel to it, as there are a light of pinch harmonics and fast, technical playing that can often get lost on this sort of album, but doesn't on here. This also allows this record to sound very modern, in comparison to a lot of other death metal, deathcore, brutal death bands that sound clean, but not modern. In fact every instrument can be clearly heard on here at one point or another, which really enhances the overall appeal of this record, and really the band, hear the opening track Destroying Everything.
Personally, the vocals on this album aren't really my cup of tea, but I've heard a lot worse from other bands in the genre. For the most part, the vocals remain in a more low-growl, with the occasional gurgle, hear Lethal Doze, which has more in common with the brutal scene, but these don't really harm the band all that much thanks to the diversity. Surprisingly though, the vocals are further back in the mix than they probably should have been, they're behind the guitars, and at times even the bass.
Overall, I found this to be a very solid death metal album with a lot of great riffs and, really, playing in general from all four members. Chances are this album will probably go unnoticed by a lot of death metal fans for how obscure it is, but this should definitely be heard. If you like death metal in any capacity, check this band out.
Overall Score: 8
Highlights: Destroying Everything, Illness, Souring In The Hatred
Posted by maskofgojira at 12:23 PM