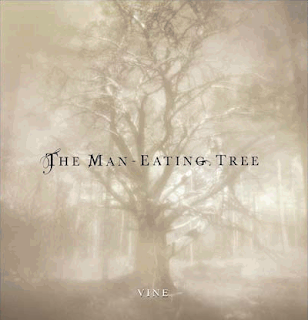 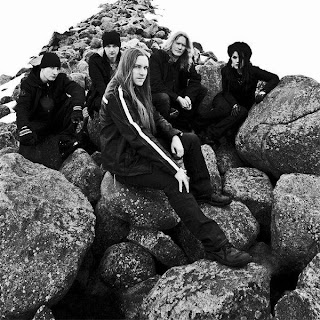 It's Not As Dangerous As It Sounds.

The Man-Eating Tree is a gothic/atmospheric metal band from Finland. The band was formed by Sentenced drummer Vesa Ranta, this band sort of takes a similar vibe from the latter day sounds of that band. This is their debut album and it has received numerous praises so far this year.
I'll be frank here, I was never the biggest Sentenced fan, throughout any era of their career, what drew me to this band was the presence of vocalist Tuomas Tuominen who used to sing in alternative gothic metal group Fall of The Leafe. I always found his voice to set him apart from not only other vocalists but also when put into the context of his band, made the band's sound have a different vibe as well. A similar effect is also utilized in here as on his former band, thus giving the songs a very unique melodic feel to them that is unlike that of any other singer I've come across.
Musically, I found the term atmospheric metal, that the band applied themselves, to be appropriate for what this is as a whole. Most of this album isn't all that heavy, it has it's moments of distorted guitars and double-bass drumming, but for the most part it relies on large, ambient soundscapes to create a mood, hear The Longitude of Sleep. There are, more often than not, somber sounding tracks that get loud only during the choruses, which works to great effect on here and to their credit, actually does allow them to retain a heavier side while keeping a more melodic background. Even when the band does favor a heavy section over the softer, it always maintains the same atmosphere that gives the band an overall ambient feel throughout the entire disc.
The melodies are, however, what carry these songs more than anything else. Tracks like the single Out of The Wind or Instead of Sand and Stone feature some really immediate vocal hooks that can just get stuck in your head as soon as you hear them. Even the band's rendition of Moody Blues classic track Nights In White Satin goes over quite well, a more than passable rendition, in my opinion at least. I can't say that this album is really guitar driven, so it's likely that you won't find a lot of riffs that catch your ear, sad to say, but to each their own.

Overall, this is a good album with plenty of solid songs and playing. I can't really say I was wowed by this album, but it certainly deserves to be listened to by a lot of people. If you like more atmospheric and melodic hard rock or metal music, give this one a whirl.
Overall Score: 8
Highlights: The White Plateau, Of Birth For Passing, Amended
Posted by maskofgojira at 9:18 AM