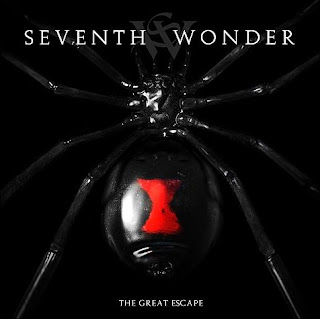 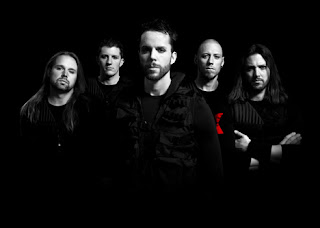 Done With A Concept, So They're Just Gonna Make Songs Progressive(r).

Seventh Wonder is a Swedish progressive metal group. The band formed in 2000 and has been steadily rising in the prog-metal scene since their debut. Their 2008 full-length "Mercy Falls" garnered them some much needed acclaim for being an ambitious concept album and turning out one of the year's most impressive albums from the genre.
There are several reasons for extreme metal fans to hate on this album, first off, progressive metal has a tendency for being rather cheesy, which this is, how can it not be there are solos galore and being a little more then self-indulgent. Secondly, this album has a track that's just over half an hour long, the closing title-track, The Great Escape. Finally, there is little on here that could really ever put this band in the genre of extreme metal, there are clean vocals, guitars do not take front stage all the time, and the drumming is not constantly at 220 bmps. But besides those, which are all true on here, this is a great album.
This album has a rather 80s vibe on it that was not as persistent on their other releases, which is another reason for people to not listen. The single Alley Cat sounds like Dream Theater trying to play a Ratt song while Long Way Home is your stereotypical power-ballad; but if you can get around that sort of atmosphere each of these songs is incredibly catchy and melodic. That last point being why this band might stick out from all the other prog-metal groups, their use of melody, which is at times much more prevalent then their progressive metal genre might lead you to believe they were.
But to reiterate the fact, this is a progressive metal band, and no matter how much melody they use, they still like to shake things up. Even more straightforward songs, structured simply anyway, make use of long solo sections to put things just to the left of being a pop song, while longer tracks tend to vary up the structures more so. When you have a song that's over ten minutes however, I think that it's going to be obvious that structurally, it's not going to be simplistic at all, but opinions will always differ.
The closing title-track obviously is a bit much, being half and hour in total can get a bit tiring, luckily this is easily the most progressive track on the album. This one really shows an homage to a band like Dream Theater with the band utilizing numerous guitar, bass, and keyboard solos while also shifting time-signatures with ease. The vocals also are able to create some great hooks throughout the song, by making use of either a chorus or simple verse melodies. This is easily the highlight of the entire album, but if you're not into epic songs, you'd probably disagree.
Overall, this is a very good album and a solid follow-up to an album that broke these guys through to a broader audience. Hopefully newer fans will come into the band through this album, as they don't get nearly enough press. If you like progressive or melodic metal, definitely check this out.
Overall Score: 8
Highlights: Alley Cat, King of Whitewater, The Great Escape
Posted by maskofgojira at 10:56 AM