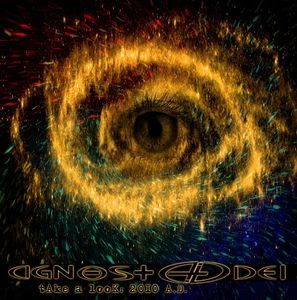 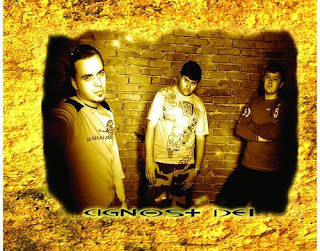 Agnost Dei are an electronic/progressive metal group from Russia. This is their second full-length and have made a name for themselves within their own country for what is being called cyber-prog-metal. That title alone is what made me decide to check out this album.
Despite the fact of being a prog group, the songs on this album are fairly concise, never going overboard, in length. But length isn't really what makes this band progressive, it's their use of electronic influences and odd shifts throughout a given song. Let's just say that if you have any problems with electronic music, at all, this album isn't for you.
While this is a metal album, there are heavy guitar riffs and bombastic drumming, this album probably takes away just as much from dance and electronic music. There are lush keyboard melodies and quick break-beats used throughout this album, which is something that most certainly doesn't come from metal. Not only that but the piano has a quite a large presence on this album as well, not only during mellow parts, but is used a lot. However, the guitar playing on here is quite good, and should be enough to keep most metal fans listening, as the heavy rhythmic riffing and progressive solos, hear ...Into My Soul, are used to compliment the use of heavy electronics.
The progressive influence might not be the sort of influence people that think of the genre might want. Yes, there is certainly a Dream Theater influence, but within here, I personally heard things that call back to groups like Mr. Bungle and Solefald, in terms of weirdness and parts that are just out of left field. So if you were thinking that this was like Dream Theater with more keyboards, you might be disappointed. Electronics on here are also not limited to what is mentioned above, break-beats, piano, and spacey melodies, there is so much more on here, ranging from pure orchestral like moments on Visions of Future Op.5 - Aera Futurozoica to more trance oriented parts within For The Colour of Indigo. However it is in the trilogy of the album that the band truly begin to exhibit some talent in writing parts that flow together rather then just placing things on top of each other.
Overall, this is a decent album with some cool playing, definitely something original as well. While I think the trio have certainly found their sound, I think the songwriting needs to be developed a bit more for this band to truly expand outside of a small cult following. But, if you like experimental metal, in any capacity, check this out.
Overall Score: 7.5
Highlights: Black Hole (Sgr A*), To The Emptiness (Dedicated to Memory of Peter Steele), The Tree of Life III: Forever
Posted by maskofgojira at 6:31 AM