Agalloch - Marrow of The Spirit 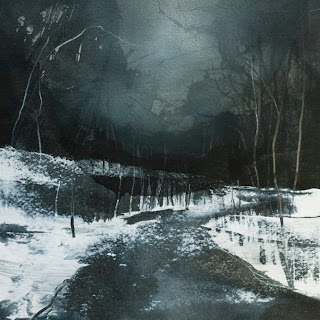 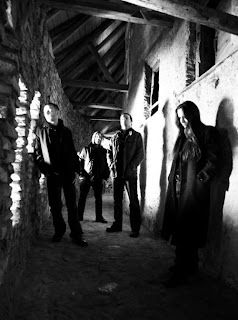 Down To The Nitty Gritty.

Agalloch is a progressive black metal/neo-folk group from Oregon. It's been four years since their last full-length album, "Ashes Against The Grain," and this album should appease everyone with gusto. This is also the first album to feature new drummer Aesop Dekker (Ludicra) as well.
Being a fan of Agalloch, I'll come out and say right away, I was looking forward to this album, and it did not disappoint. This album certainly shows the band's more aggressive and black metal side more so than previous releases have, but the post-rock and neo-folk side is still there and kicking as well. As well as being another slab of what the band have done before, the riffs on this album feel more progressive and, dare I say, technical compared to other releases, hear The Watcher's Monolith.
This album also feels a lot more raw and live sounding, due to it being recorded analog rather then digital, which does make it sound more intense, but also warmer. The distorted black metal riffs and heavy, melodic, and aggressive without being blazingly fast through an entire song while the acoustic moments, thanks to the analog production, sound very warm and clear. The drums are also so big sounding on here and without cutting through everything else in the mix.
This album also holds some of the band's longest songs to date, yet, not one ever feels as long as it actually is. Seeing as over half of the songs on here pass ten minutes, and not one feels even close to five minutes is a very impressive feat for a group that has never really been a progressive band in most people's eyes, even though I've always seen them as having some elements of progressive music in their sound. The melodic side of the band has also been developed even more finely on this album, with some melodies, hear tracks like Into The Painted Grey or Ghosts of The Midwinter Fire, even being danceable, to put it loosely.
For how much this album has the trademark Agalloch sound, this is perhaps their most compelling album yet. There were several points when listening to this album that I felt I should do something else but just didn't want to pause or turn this album off to do it in fear of being taken out of the mood this album had already set for me. The centerpiece of the album Black Lake Nidstång was the track that drew me in most, also being the longest track but the one that evolves more so then others as well.
Overall, this is a record that did not disappoint me in the least, proving that this is a band that truly encompasses the idea of experimentation. If this album was a bit more catchy it could have been a classic, if not already to others, but that's just me and this thing is a grower, still growing on me as well. If you like melodic, progressive, atmospheric, etc. black metal, definitely check this out.
Overall Score: 9
Highlights: The Watcher's Monolith, Black Lake Nidstång
Posted by maskofgojira at 10:40 AM