Dantalion - All Roads Lead to Death 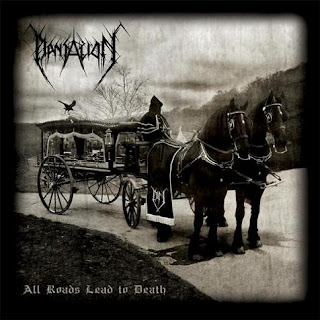 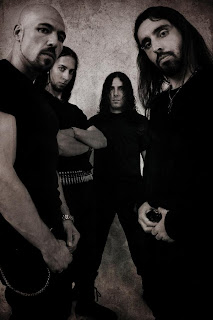 Not A Pretty Picture At All.

Dantalion is an atmospheric black metal group from Spain. From what I understand about the previous two records that this band put out is that they're among high acclaim within the depressive/atmospheric field. This being their third record, the first one I've taken notice of, I can only speak on how this one sounds.
The intro track, Only Ashes Remain, starts the album off with a depressive vibe but is able to create a much different feeling thanks to production that is much clearer and pristine than many other groups within the depressive genre. This song is mid-paced, fairly traditional for the style's boundaries, but filled with some great fills on the drums, something that isn't often heard within the genre. However once this track ends, the band decide that mid-paced tempos and more depressive vibes get boring and they decide to go for a faster black metal sound, mind you it still retains a certain vibe, it is atmospheric black metal after all.
Seeing that most tracks on here are quite epic in length might also give some insight that the band are quite good at taking the depressive atmospherics and blending them with more "accepted" forms of atmospheric playing that doesn't rely on heavy repetition, thus faster tempos, more aggressive tremolo picking, and vocals that don't sound like a little girl wining. The last one can actually be heard now and again, but while it's done in a similar fashion to most bands within the genre, it at least retains a very black metal feel to it. I found that this album is also a lot more infectious and catchy than a lot of albums even within the atmospheric field, as tracks like Walking to Eternity and Thought of Desolation will show that this band is more than capable at writing catchy riffs and melodies.
There's a sense of authenticity on this album that comes through a bit more believably than a lot of other groups and projects in the same field appear to have. As the production on here is cleaner than a lot of other bands/projects for this genre, it's a lot easier to hear what's going on, everyone can be heard, from the horrid vocals, I mean that in a good way, to the flowing bass-lines on tracks like Bleakness. The production also lends itself to adding a darkness that feels more true to what the genre should have, think artists like Shining or Xasthur for this. In my own personal opinion, the vocals also help the band's case with sounding more authentic in that they are varied up quite a bit from the weird, depressive screaming by using more traditional screams, grunting, and even yelling, thus the vocals are able to be used more effectively and not become a parody of what they're meant to represent.
Overall, this is a decent record from a band I had only recently been introduced to and managed to create some of the best sounds within their respective genres. While I can't say this is a groundbreaking album, it certainly is one of the best sounding in the field. If you like depressive or atmospheric black metal, or even melodic black metal, I'd suggest looking into this.
Overall Score: 7.5
Highlights: Walking to Eternity, My Last Breath, Scorn
Posted by maskofgojira at 9:21 AM