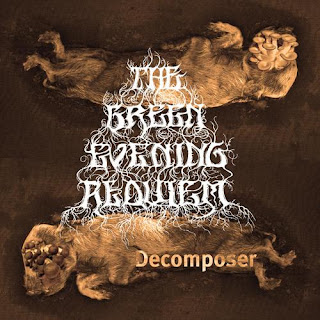 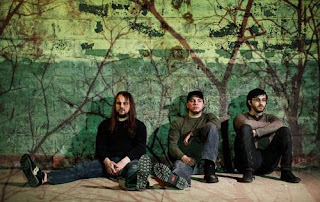 The Green Evening Requiem is a progressive black metal group from Pennsylvania. This is their second full-length record, a follow-up to last years "Bastards of Atlas," which was more of a collection of demos and old songs rather than a disc of new stuff. This is their first album to feature new material since their 2006 demo.
Opening with an aggressive thrash metal riff and drumroll, this album shows that this band means business. TGER is certainly a band that likes to utilize a lot of styles and genres within their music, hence progressive, but make it feel fluid in a similar way to an Opeth or and Ihsahn record might sound. However, therein lies where the band's major problem is, most of these songs lack any real catchiness or intriguing parts that make you raise your eyebrows and want to listen to it over and over. Sure, the band flirts with elements of black and thrash, doom, the occasional venture in folk, and even a bit of psychedelic rock, but the band needs to find a better way to put all these parts together, like in the title-track Decomposer.
I can't speak for everyone, but I saw a better presence of well-structured material on the debut album, which is probably due to a longer time to grasp the material and play with it. This sounds a bit boring, some tracks sticking with one style and not really experimenting with it, which is what I liked about the debut so much, it moved around a lot more. A method of sticking to one style fits with shorter songs like Teneral or The Subtleties of Imperfection, but not in the longer pieces that make up this album.
The production is certainly lacking on here, in my opinion, but that's just me. This honestly sounds like a band that's playing right in front of you, which in some cases actually suits the band, but not in this case. I always saw this band as one that would benefit from a higher production that would clean their music up and perhaps give it a more of a edge or a darker atmosphere.
Overall, this album is alright but the band needs to really find their own sound, and in my opinion, some better production, to really get somewhere. I do know that all three members are also in the rising black metal band Woe, which was reviewed recently as well, so that project may have gotten more attention to writing. If you like progressive music that's pretty stripped down, check this out.
Overall Score: 6
Highlights: Decomposer, Deprived and Starved, Erosion
Posted by maskofgojira at 12:31 PM