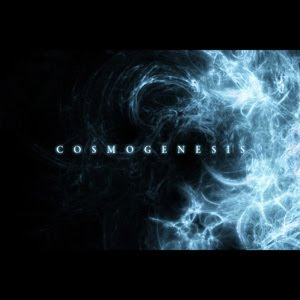 Gru is an instrumental progressive metal project from Poland. The project's sole member is Piotrek Gruszka and this is his first full-length album. Previous to this release, he had put up a few songs here and there on his web-pages.
Much like the recent surge of tech metal/djent bands and projects coming out recently, this is one that leans more towards the prog side of the genre. Taking a considerable amount of influence from groups like Dream Theater and Scar Symmetry, at least to me anyway, can be heard throughout this album along with the Meshuggah stuff. I would also say that Animals As Leaders also had a considerable influence on this project, as the overall tone of the band isn't as distorted or heavy sounding, but leaning more towards a cleaner and clearer sound. There are really a large range of influences you could actually hear on here from the obvious, and much talked about above, progressive metal to ambient music to more fusion-based stuff as well.
Despite largely being a guitar based project, the bass is quite clear on here and really stands out on here. Even on the opening track, Nebula, the bass has some really clear parts that are almost jazzy at times. There aren't a lot of times that the bass hinders the overall sound on here, but sometimes the bass could fit in a bit more on a few tracks, stand out a bit less, but that's just me.
While most tracks are around the five minute mark, all of these songs are quick and painless, often closing before you realize that you had even listened to it. Tracks also range from straight-ahead metal tinged fusion, Fermi Paradox, to more djent-sort of stuff, Stellar, to even stuff you might hear from John Petrucci, Andromeda. There is a ton of solos on this album, so if you're a guitar player, chances are you'll love this album.
Overall, this is a very good start for this project to begin, it's not overly ambitious and taking things into new directions, but for what it is, it's really good. Very few other instrumental progressive metal records have been this good, this year anyway. If you like the instrumental side of prog, definitely give this a listen.
Overall Score: 8
Highlights: Pulsar, Stellar, Zeta Reticuli
Posted by maskofgojira at 5:29 AM