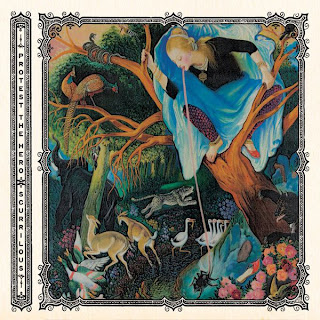 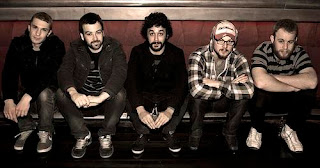 Honestly, Protest The Hero is a band that, while I really enjoyed their sound and music, I could never really say I was the biggest fan of theirs. The musicianship is top-notch, singing is eccentric, their sound is pretty wild, but the hooks just never really grabbed me as much as I would have liked. This new album comes after getting pretty big from their sophomore album "Fortress."
Even before this album was released, the band had claimed that this was their most progressive album yet, which would definitely be something as their previous two were definitely reminiscent of groups like Sikth. Opener C'est Le Vie definitely doesn't sound too different from the band's past work, but the album soon goes into some more melodic riffing, though no less technical, hear Tandem. Speaking for myself, I like it when the band decide to repeat something, like a chorus, within their songs, something I've found to get songs a lot harder to get rid of, which they started doing on their last album, but wasn't really done as much as I would have liked on here. Having said that, some songs on here do have a more melodic streak going through them than previous songs have, not to the extent of using choruses, but songs using more melodic riffs.
As always, the guitar work is spastic and always moving into different directions within the course of several seconds, listen to Tapestry, going from technical metal to softer more melodic parts within moments of each other. Vocalist Rody Walker is quirky and frenetic, but makes use of even more singing on here than ever before, rarely moving into a death metal growl. Though I have to say that the Mike Patton comparison comes out more so on here than ever before, with tracks like Dunsel and Tongue-Splitter showcasing some very sinister, if you know what I mean, vocal lines. The bass and drum work also are well done, providing each track with a constantly moving forward, I don't think you could not see the great bass work on here bad by any extent, but it's most certainly at it's most noticeable at Termites.
Overall, this is a decent album, but it doesn't really make me like the band any more or find them any better at writing songs. The musicianship, but instrumental and vocally, is undeniably great, but the songs just don't stick with me. If you like spastic prog-metal check this out, but otherwise I don't think that you'll get a whole lot out of this.
Overall Score: 7
Highlights: Tendem, Dunsel, Sex Tapes
Posted by maskofgojira at 7:19 AM