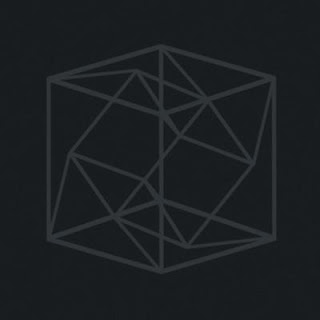 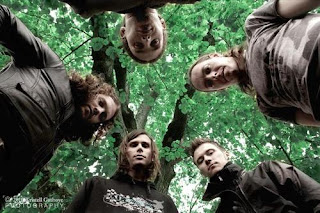 After my praise of last years "Concealing Fate EP," I don't think it should be necessary to say that I was looking forward to this full-length. That EP managed to be one of the most played releases of last year, actually, which made the fact that those songs appearing on this album only the better. This album has been long awaited from fans for years, and only now is it finally getting to be heard from start to finish. If you've read the review of the EP, forgive me if I'm repeating myself.
Tesseract are a group that definitely have their own sound in today's modern metal world, taking influences equally from things like Meshuggah to Jeff Buckley and Pink Floyd. Their sound is one that definitely takes the heaviness of Meshuggah's djent riffs, but mixes them with soaring clean vocals, with some screaming, and a much more ambient soundscape, not unlike that of Porcupine Tree. As such it's a very groovy sound, but one with many layers of clean guitar parts and keyboards. Now, I'll say that while the Concealing Fate portion of the album is easily about half of this disc, but despite some comments I've read regarding the fact that only about half the album hasn't officially been released till now, that doesn't damage the impact of the overall album.
Despite their highly atmospheric and textured sound, it's still a very catchy album throughout, with memorable choruses and groovy riffs appearing in every track. There's also quite a bit of diversity on here, from the more proggy tracks like Acceptance or Eden, more melodic track like Lament and Deception, to heavier tracks like Nascent and Sunrise. I do have to compliment the production on here, it's extremely clean sounding, which in some bands causes them to sound too mechanical, but it works in this case, with all the ambiance within the music, it does add more dimension to it, breaking that one-dimensional stereotype. The vocals are also extremely tuneful, which stops them from having the same sort of Meshuggah effect, where they do sound like machines.
Overall, a really great album, and one that I've really been looking forward to for a while. I could see some people not really liking this because of lack of new material, mainly clean vocals, high production value, but I truly believe that there's something in here for everyone. If you like progressive, modern metal, check this out for sure.
Overall Score: 9.5
Highlights: Every Track Is A Highlight
Posted by maskofgojira at 11:57 AM