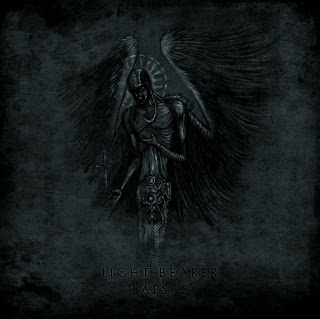 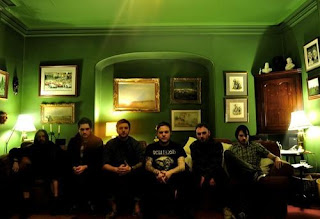 Emerging from the depths of the UK underground comes Light Bearer, once named Aeshættr. Featuring the frontman from sludge/hardcore act Fall of Efrafa, grand concepts are abound with this album and apparently future releases as well. From what I've read and heard so far, I have high hopes for this release.
While opener Beyond The Infinite got the ball rolling, it truly was the second track, Primum Movens, that immediately drew me in. In an opening passage that recalls all things I love about the post sound with clean guitars and somber melodies, it immediately clicked with me. For me, anyway, this has all the right componants for post-metal, it's softer sections are beautiful and heartfelt while their heavy sections are groovy and melodic. I found the violin on here to add a certain melancholy tone to the record that isn't usually present in the whole post scene. There's also the nessissary textures on here, in both the heavy and mellow parts, something that only made me like this album more. This has also been one of the first albums to actually give me goosebumps while listening to it this year.
While I have to say all six tracks on here are good, it's really the three real epics that make up the best parts of the album. The aforementioned Primum Movens, Armoury Choir, and the title-track, Lapsus, are easily the three tracks that have everything and more in their ten-plus minutes. The shorter tracks actually manage to match a similar atmosphere, but don't quite have the same impact that the longer tracks due. On a sidenote, I found the guitar tone on here to, in a good way, sort of remind me of the Deftones during their "White Pony" album for some reason.
Overall, this album is simply great, that's really all there is to it. It's heavy, it's soft, it's melodic, progressive, groovy, it has growling and clean vocals, what more could you ask for if you like metal. Definitely check this out if you like anything I just mentioned, this is really, really good.
Overall Score: 9.5
Highlights: Every Track Is A Highlight
Posted by maskofgojira at 11:26 AM