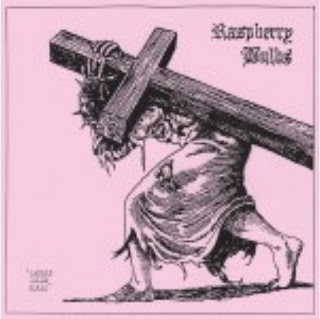 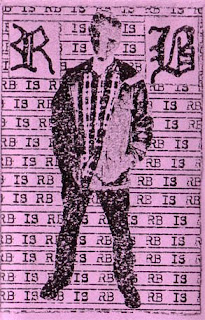 This one man project/band from New England has gotten quite a bit of praise from the underground noise rock/punk lo-fi black metal scene. I'm not too familliar with this guy's older material but I've been aware of his presence the last few months, so why not check this out. This guy also plays in blackened noise metal group Bone Awl as well.
If you come into this album having any sort of preconcieved notions about it, and you've never heard this project before, chances are you'll be surprised by what you hear. This is raw, simplistic, blackened rock that's pretty harsh sounding with pretty much everything at least sounding distorted. You don't really have screaming as much as you have melodic speaking, so in that regard it has a lot more to do with punk than metal; and the song lengths can be shown the same way, about half of these tracks barely cross two minutes. Tracks like Life On The Level or The Center of The Earth definitely have a more melodic approach that's memorable from the first listen, while tracks like What It Is Between Us or Face In The Cave are a bit more abstract. Probably the most metal moment on here would be the track Will I Ever Speak The Truth?, which definitely recalls some old-school 80's sounding blackened thrash in the vein of Venom or early Bathory.
Overall, this is a decent release, a bit too harsh for me personally, but I kind of expected that coming from Hospital Productions. I'm sure a lot of black metal fans who check this out would probably be able to get into this. If you like raw, lo-fi punk influenced, sort of black metal, rock than I'd suggest you look into this disc.
Overall Score: 6.5
Highlights: Life On The Level, Tissue In The Bloodstream, Will I Ever Speak The Truth?
Posted by maskofgojira at 10:35 AM