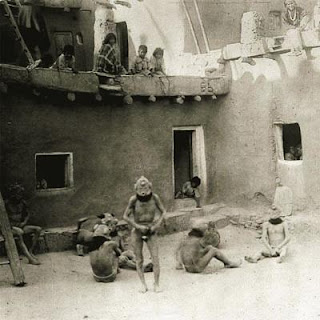 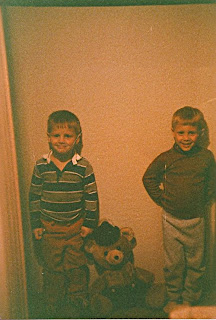 Mamaleek is a group that I've only recently come to know about, and that's a pretty big leap seeing as not a lot is known about them. But this duo, being two brothers by the way, have apparently been making music for some time, but only recently has it begun to gather some attention. This is their third full-length release and it has already gathered quite a bit of an underground notoriety from what I've seen so far.
If you're unfamiliar with Mamaleek, I don't see any reason why this album wouldn't confuse you as much as the previous two would have. The sound this duo create is the odd mixture of lo-fi black metal with electronica and industrial music, post-rock, and even blues and jazz. It's definitely a weird sound that you hear on here, as a lot of the "riffs" on here are quite angular and disorienting, especially with the lo-fi production on them. A track like Wake Up, Jacob is a good example of how odd this album gets, with it's weird riffs, odd electronic beats, bursts of feedback, and brutal screams, this is probably one of the most tolerable tracks on here.
If that sound's weird now, thing really get crazy on tracks like Sinner Won't Die No More, where you'll encounter a noise track, and then What A Trying Time is pure dark ambiance until it's final minute, where it devolves into some 80's sounding jazz, but both do have vocals. Yet, in between those two is You Can Bury Me In The East, which uses a very 70's style rock riff in it.
I would definitely call this one of the, if not the, weirdest album I've heard all year, take that any way you like. I find some moments are really cool and original, while others seem more lackluster than others. If you want to hear some experimental black metal, you can do no wrong looking at this one.
Overall Score: 8.5
Highlights: My Body Rock Long Fever, You Can Bury Me In The East, Some Valliant Soldier
Posted by maskofgojira at 10:29 AM