The Kilimanajro Darkjazz Ensemble - From The Stairway (2011) 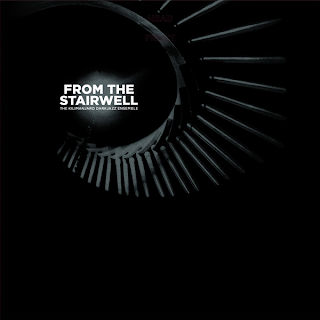 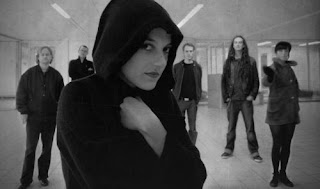 This ensemble is something I've never really heard before, only recently have I heard of their exploits in the ambient and jazz realms. Apparently their last album "Here Be Dragons" gave them quite a boost in terms of popularity and acclaim. This new album is supposed to be equal to that one.
The idea of modern, industrial age sounding lounge jazz is something that intrigues me, and thus the opening track, All Is One, is something that really caught my attention. With its dark ambiance and sounds surrounding the piano, drums, vocals, and other instruments that come in and out of the track, it's really something that sounds up my alley. It's minimalistic and compelling at the same time, and this is just the intro track.
The rest of this album is a real journey through a downtown city late at night, and this city is one full of crime, prostitution, and murder, none of which bring this album to a cheesy level. It's all subtlety and seductively played with a healthy dose of melancholy and despair, giving it just the right amount of reality to make it a good listen. On the other hand though, a track like Giallo may sound straight and moody compared to the more psychedelic experience of Les Etoiles Mutantes, which only adds to the overall vibe of the record. While every track on here is a unique listen, and none of them ever feel as long as they actually are, it's the epics of Cocaine and Past Midnight that truly sway me, with the former's total bleak dark ambient approach instead of jazz just setting as a mood piece, and the latter is a much more stark and barren sounding track that still retains a more jazz oriented vibe.
Overall, I really enjoyed this album and it's really gotten me excited to hear what else these guys have done. While I personally like the more jazz oriented tracks more than the mood pieces, I don't think there's a bad piece on here. If you like dark ambient, smooth or lounge style jazz, or even more soundtrack sort of stuff, I'd highly recommend this to you.
Overall Score: 8.5
Highlights: All Is One, White Eyes, Les Etoiles Mutantes
Posted by maskofgojira at 7:45 AM