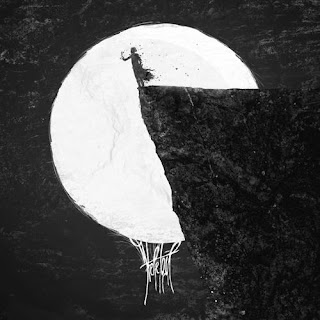 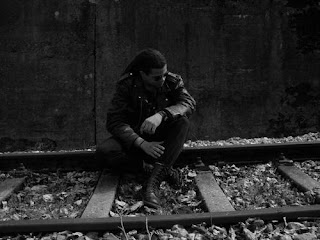 If you're a fan of the blackgaze genre, you'll know that one of the biggest releases for the genre last year was the split between Thränenkind and Heretoir. That release really demonstrated the capabilities of two young projects that showed a potential for something different. This full-length is the follow-up to that split as well as the debut full-length from Heretoir.
If you're expecting something mindblowingly original, you might want to look elsewhere, cause this isn't what you're going to find on this debut. Heretoir's self-title debut takes influence from groups like Alcest, Amesoeurs, and Lantlôs, which doesn't exactly create the most unique sound.
Since a lot of groups and projects are already doing similar things and helping to define blackgaze with albums from the bands listed above as being come of the figureheads, and albums like this which probably won't make that much of a lasting impression. It isn't like a copy of what those bands have done, but the sounds that are on here certainly don't have the same beauty and sense of melody that those three groups do, not to say what's on here doesn't have it's pretty moments.
The music on here is a mix between shoegaze, black metal, and a bit of doom metal, all being melded together, big surprise there, but tracks themselves vary on their degrees of success. While some tracks come out sounding atmospheric and ethereal, Retreat to Hibernate, others just end up sounding a bit too uninspired and unoriginal, Fatigue. There are also tracks that have a bit more of the up-tempo nature, To Follow The Sun, that end up being easier to see people dancing to rather than headbanging. But it was the album closer, Heretoir, that actually stood out to me out of among every other track simply due to how adventurous it wound up being compared to the other tracks on the album.
Overall, despite it's lack of originality and at times dull sounding riffs, this was actually still an enjoyable album. While it was not up to the level I thought it would be at, it's still worth listening to a few times. If you like post-black metal or blackgaze, definitely check this out if you haven't already.
Overall Score: 7.5
Highlights: Retreat to Hibernate, Weltschmerz, Heretoir
Posted by maskofgojira at 6:43 AM