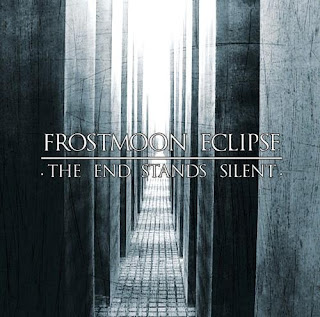 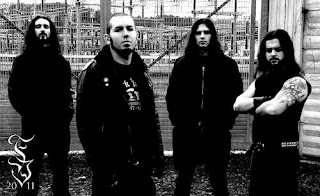 Frostmoon Eclipse is a band that have done quite a bit of exploration within almost twenty year existence. It's hard to believe that despite their consistent output, they still remain pretty unknown to a lot of black metal fans, or even metal fans. This, their fifth full-length, is easily their most progressive yet, moving the band into an even more unique direction.
Any band that is able to start out being traditional black metal and then start to integrate more and more melody into their albums is most likely one that purists will detest, depending on how it's done. When it comes to these guys, the pinnacle of their experimentation with melodic and folk music came in 2005's "Dead and Forever Gone" record, an album that was entirely acoustic and cleanly sung. From what I've read from fans regarding that album is that despite it's more mellow approach, it was crafted well and retains the dark atmosphere from the band's other material. Since that album, the band has begun taking their hard rock influenced black metal sound into a bit more progressive directions. There's plenty of dynamics used on here, with opener Heaven Outside Hell Within switching between heavy and aggressive moments and softer, acoustic laden passages throughout the track. There is also a good use of variation in terms of speed on here, not every track is blasting all the time and then goes into a mellow section, there are songs that are more mid-paced, Corridors.
The riffs on this album are certainly what makes the album interesting, as both the acoustic guitar moments and the electric make use of solid, catchy melodies. Under Pale City Lights has one riff in it particularly which really stood out to me, it's not an original sounding riff, but it's just so memorable and straightforward one that it was impossible for me to ignore; but that's just one track, pretty much every track has at least one memorable riff in it. The album closer, The End of Everything, also adds something a little more epic to it's sound, making it's ten-plus minutes just fly by. The bass on here is also well done, coming out in a track like A Clandestine Freedom Between Shadows and just adding something a little different to the album.
Overall, this is a really cool release that only gets better with each listen. Songs many appear to be a little boring at first, but after a few listens, they'll get stuck in your head. Definitely check this out if you want some good melodic black metal.
Overall Score: 8
Highlights: I Am The Absence, Unnatural Isolation, The End of Everything
Posted by maskofgojira at 8:50 AM