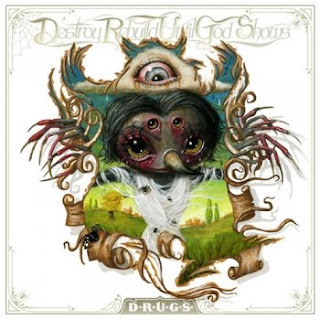 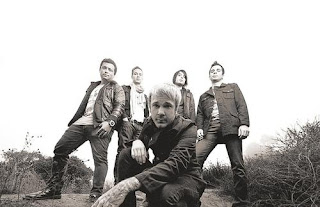 I'll admit it, a few years ago, Chiodos was a band I admired greatly, not only for their quirky progressive take on post-hardcore, but I found lead vocalist Craig Owens to be quite the unique frontman. Finding out that he was fired from the band was a shock for even me, even though that came at a point where I don't think I had even listened to the band for about a year. This is his new project, bringing in other members from groups like From First to Last, Story of The Year, and Matchbook Romance for assistance as well.
Now I don't know who wrote the music for this band, but I can tell you that this definitely doesn't have the eccentricities of Chiodos, but it certainly is more adventurous. Ventures into electronic, pop, and metalcore all come up on here, you can hear even within the two and a half minute opener If You Think This Song Is About You, It Probably Is. Now this obviously still has the elements of screamo that Owens made a name for himself in, but is also a lot more accessible than that, making use of gang shouts, a lot of clean vocals, breakdowns, and heavy guitars all being jumbled together into a weird shape that sounds about as weird as it seems. For those that believe I'm only listening to this because Craig Owens is in it, you'd be right, because chances are that if he wasn't in it, I wouldn't have given this album a second look.
Now, anyone who saw my Times of Grace review should remember that I said nothing on there was really original, but it had great songwriting and fantastic hooks, the same could be said of this. I won't say that there aren't other bands out there doing a similar thing, mainly because I don't really listen to a lot of groups from this scene or metalcore, but from the few that I've heard, it's not done as well as it is on here. Tracks like Mr. Owl Ate My Metal Worm or Laminated E.T. Animal are just slices of sugar-coated pop over modern metalcore. However, I'm not saying that everything on here is good, Sex Life, while being extremely catchy, is extremely annoying and just feels forced to me and the radio pop-rock sound of I'm Here to Take The Sky will most likely piss any metalhead that decides to check this out.
Overall, I think this album is pretty good, a lot of really catchy hooks, but honestly that's about it. The music on here is alright, nothing special, the highlight is really the vocals. So if you like really melodic, slightly experimental metalcore, or are a Craig Owens fanboy/girl, check this out.
Overall Score: 7
Highlights: The Only Thing You Talk About, Graveyard Dancing, Stop Reading, Start Doing Pushups
Posted by maskofgojira at 7:52 AM