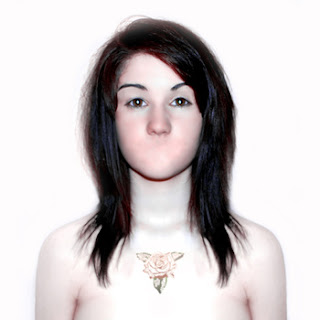 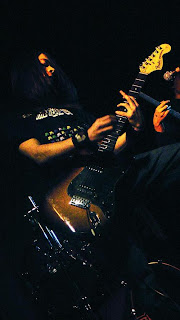 Last year I reviewed two releases from Jak Noble's solo project, Returning We Hear The Larks, each giving me something different. While I found the first fairly unoriginal and uninspired, his full-length was almost the exact opposite. This new EP is his first release of this year, and has drawn quite a bit of attention for being his first real album to include vocals.
The four tracks on here kind of mix the two styles of his full-length and his "Of Marduk" EP together, meaning you get a lot of clean ambiance than the EP, but more of a heavy and djenty guitar tone than the full-length. While I'd definitely say that the instrumental side of this release is really solid, the vocals don't really do that much for me, they fit along well enough, and I actually find most of the growls and screams to go along with the music quite well, the clean vocals are a bit off in my opinion; and the hardcore chants are just something I don't like in general. Vendetta, the second track, is actually the strongest track on here in my opinion, simply due to the fact that the ambiance on it feels so majestic and beautiful, before going metal. While opener Uprising is easily the most straightforward track on here, the last two tracks, Unrest and Conquest, both follow a more ambient metal sort of tone, which is where I truly believe Jak's strength is.
Overall, this is a solid release, and while I preferred his instrumental stuff to this, I wouldn't say that another release with vocals wouldn't be welcome. This is definitely another step in the right direction for Jak in finding his own sound. Definitely check this out if you're into djent/tech metal, though you probably have already anyway.
Overall Score: 7
Highlights: Vendetta, Conquest
Posted by maskofgojira at 12:51 PM