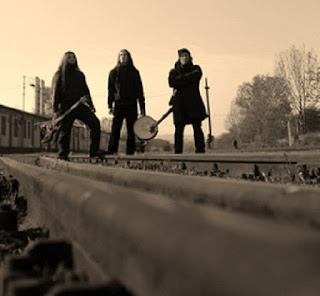 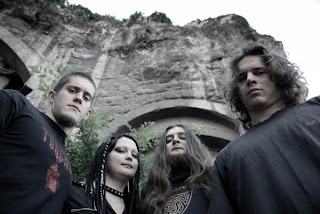 I'll say straight out that upon seeing this cover, I didn't expect to hear what I heard. This isn't the sort of sound I typically associate with the Hungarian metal scene, but it's certainly different. But I'll definitely say that it was the cover of this thing that made me want to listen to it.
Now, despite the rather outlandish cover art, the music on here definitely takes itself a lot more seriously, and it's a lot more interesting as well. Symphonic black metal is a fairly relative term to use for this band, or album, as elements of folk music, death metal, old-school thrash, and even a little bit of grindcore, it's quite eclectic. All the songs are short as well, most only being around three minutes long, but there's well constructed and have some tasty riffs on them. These songs are all pretty melodic and pretty easy to follow along with, not really deviating into avant-garde or progressive territory too often.
The production on here is a bit odd for my personal taste, as a track like Hagyd Nőni sounds a bit more raw than Időből, which just kind of makes me think these tracks were recorded at different times. Most of the time, the bass is pretty unclear, but some tracks seem to make it a principle to make sure that the bass has it's own section in the band's style, hear Elveszve Benned for a good example.
Overall, this is a decent album, not mind blowing, but it's a different listen. It's not that long, but there are some really cool riffs and melodies on here that caught my attention. Check these guys out if you don't know about them.
Overall Score: 7.5
Highlights: Mohó Száj, Elveszve Benned, Élénk Alakban Mocorog A Szerénység
Posted by maskofgojira at 9:18 AM