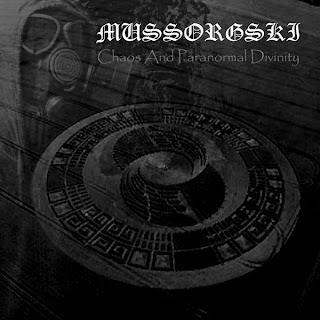 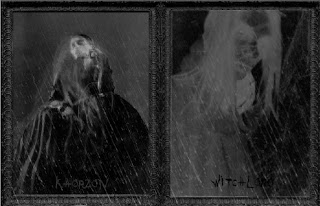 Honestly, I had no idea that this album was or is released, so it took me by surprise when I first learned about it. Upon finding it, I also didn't realize it was the same band that released one of the first albums that melded electronic and industrial music with black metal, 1995's "In Harmony With The Universe." This new album seems to take the elements that were present on that album and update them with a more modern impression.
Upon the first track, Industrial Technology of The Ancient Ones - Opening, beginning, it became apparent that this would have been a logical step from the first album. First off, the debut featured fifteen tracks on it ranging from pure black metal to ambient to more up-tempo industrial numbers, this album appears to combine them together. Second, the production isn't all that modern compared to a lot of groups from this genre, it feels like it actually could have come out in the late 90s. Finally, you have a more focused nature to this album, while still an experimental group, this album's songs are much more direct and while varied compared to one another, are all very straightforward in style.
There's a noticeable style on here that is unlike that of any other black metal group I've ever heard. The keyboards are noticeably higher in the mix than almost anything else, which in this case actually works to the album's benefit, as the gothic strings and piano really bring a unique atmosphere to the album. The guitars surprisingly have the Xasthur sort of sound to them, where they're very fuzzy sounding; and when they are used, hear To Wisdom Coming From The Cosmic Space - v.2010 for instance, are used in a less "dominant" way. You'll be able to hear that when guitars are used, it's not really the instrument that is meant to be solely focused on, as it seems to serve the purpose of more of an addition to the atmosphere. I'd go so far as to say that most of this album isn't even black metal, with tracks like God - The Unusual Story and Big Communal Machine - New World Order, standing out as probably the most aggressive songs on here. The bass is noticeably high in the mix as well, and while it's not really a big problem or distraction, it is noticeable. The vocals are something that could turn some off, as they tend to either be used in a distorted scream or a pitch-shifted spoken word style.
Overall, this is a very odd album, not bad, just very different. While I'm sure some will absolutely love this, I'm equally sure that others will hate it with a passion for how atmospheric it is. If you like atmospheric, electronic influenced black metal, you really can't go wrong with this album.
Overall Score: 8
Highlights: 7th Son's Blues Kill - J.Ch.'s Station 13, God - The Unusual Story, Paranormal Divinity - Chaos Outside
Posted by maskofgojira at 10:32 AM