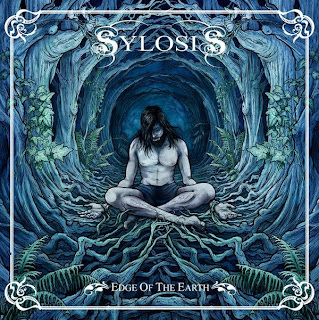 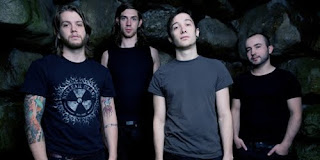 2008 saw the release of Sylosis' debut full-length "Conclusion of An Age," an album that was critically acclaimed and won the band over a lot of new fans. Since then lead vocalist Jamie Graham has left the band and guitarist Josh Middleton has taken over vocal duties. This new album sees the band as ambitious as ever, saying that they have taken to a more progressive and technical approach on this album.
I'll give it to these guys, putting out another album that tops an hour in length and is filled with actual songs, including several interludes of real playing . Their sound retains their thrash metal roots and the melodic death metal influences are still there, but there is certainly another dimension added on here, the traces of groove metal, progressive metal, and tech metal definitely come through. There's plenty of guitar playing on here to make all those guitar nerds freak out, hear tracks like Empyreal or Awakening. But, while the musicianship has definitely improved, the vocals have sadly decreased, most of them feel so one-dimensional compared to the last album's varied style, and from some comments from others, that seems to be a big beef others have with this album as well, though I personally don't find the vocals to even be that bad.
I have to say however, that with all the material used on here, some tracks do kind of begin to blend together, which can often happen in albums like this. The middle of the album really has this problem, with tracks like Kingdom of Solitude or Dystopia just sort of going by without leaving much of an impression on me. Though this might just be me, I can assure that every track however, is excellently played and has great guitar playing no matter if I found the track memorable or not.
Overall, this is a decent album, it's certainly not mind blowing, but instrumentally it's top notch. This is an album that just makes you want to play guitar to it, which is a good thing in my opinion. If you like progressive thrash oriented metal, check this album out.
Overall Score: 7.5
Highlights: Procession, A Serpents Tongue, Apparitions, Beyond The Resurrection
Posted by maskofgojira at 11:43 AM