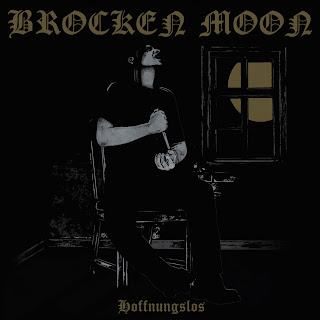 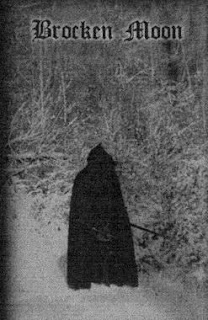 I'm gonna say that this album was done by a full-band, which is what I've gathered from my information, even though it appears that it was all, both the project and music, created by one Humanhater. While I'm not a hundred percent sure this is the correct information, this is what I've come to the conclusion of from what I've read. This is the third full-length for this project and takes their sound into even darker realms of realism.
Having only heard Brocken Moon's last album, 2008's "Das Märchen Vom Schnee," a few times in passing having read some good things about it, I can safely say that after hearing it, I didn't really go back to the band all that often. Having heard this, it did make me go back and listen to that album and comparing the two, this album's production is a lot better. The overall sound is not as fuzzy or hazy as the last one, but it retains a similar sounding atmosphere to it. The vocals also sound similarly depraved as before, which doesn't really do much for me, but might get others really into it.
Personally, I like it when a band that's been tagged as "depressive" makes use of tempos that have more in common with traditional black metal and have faster and more aggressive moments along with softer more melancholic parts. This album has tracks that take two routes, or at least this is how I heard it, tracks like the title-track, Hoffnungslos, have a more guitar oriented sound with some nice variation between clean and distorted parts, but tracks like Kälte appear to be more atmosphere driven with the keyboards leading the way. About half way through the record though, the band, I guess, decided they had enough with trying to be a black metal band, with tracks like T12 Ritual going for a sort of world music sort of vibe, and Einsamkeit going for a more piano and synthe driven sound, both making use of very little, if any, guitars.
Overall, this is an alright album, nothing great, but it's certainly not terrible. I wasn't the biggest fan of their last album, and my opinion really hasn't changed from listening to this. If you like atmospheric, slightly depressive, black metal, check this out, though I wouldn't call it an essential album for your collection.
Overall Score: 5
Highlights: Regen, Die Leere
Posted by maskofgojira at 9:26 AM