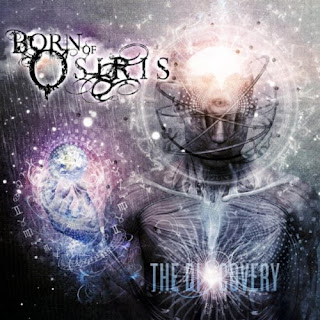 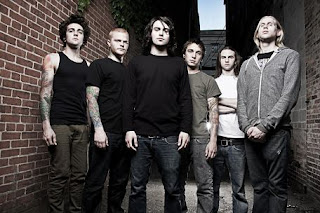 I remember a few years back when I first heard these guys, I was still in my death metal phase, but I thought these guys were going to be huge. Their sound at the time was basically progressive deathcore, then the second album kind of came and went for me, I had kind of lost interest by then. But, with this new release, and the samples that I'd heard, it sounds like it's definitely a leap forward to the more progressive side.
The sound on here definitely takes elements of the current djent movement, but combines them with equal elements of their deathcore and death metal sound. Another well inclusion into their sound is the more progressive riffing, which is well associated with djent, but you'll hear Dream Theater influenced guitar parts all throughout this record. There's also a bigger sense of melody on here, something I really liked, parts repeated themselves more often, usually for a chorus, and they wound up being quite catchy. All these elements add up to create a sound that definitely interests me more so than what I heard from their last album.
I have to say that tracks like Devastate or Shaping The Masterpiece definitely show how much the band have grown from their first album to now, as they still have very brutal and deathcore elements, but they show a better sense of songwriting and musicianship. Meanwhile tracks like Recreate struck me with just how melodic they sounded, seaming to favor a more progressive metal sound rather than any sort of death metal, except for the vocals. Though I will say a track like A Solution didn't really work for me, including a weak trip-hop sort of song with auto-tuned clean vocals on here really threw off the flow of the record for me and just sounded totally out of place. Other tracks like Behold should definitely appeal to their old fans, as they definitely come from a much more technical death metal spot than progressive, not that it's bad.
Overall, I'd call this a really solid release, this is the kind of work I come to expect from newer groups. Like I said, I wasn't too keen on their last album, but this one has some really great stuff on it. If you like progressive death metal, modern prog metal, djent, deathcore, definitely check these guys out.
Overall Score: 8
Highlights: Ascension, Two Worlds of Design, Atomic Motion
Posted by maskofgojira at 11:51 AM