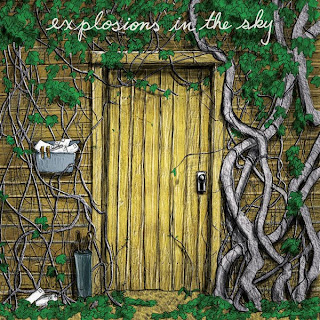 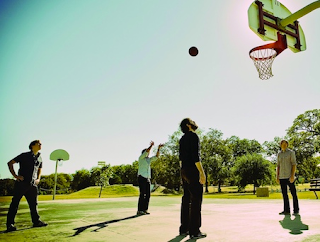 Through my exploration of post-rock, and a recommendation from a girl I know, I came across Explosions In The Sky. This instrumental group makes use of longer, intricately woven guitar parts and have gradually grown in popularity throughout their career. Though it was their last album, 2007's "All of A Sudden I Miss Everyone," that brought me into the band, I'm still curious what this new album will bring to the table.
The sound of this quartet always struck me as a very accessible version of post-rock, seeing as the girl who recommended it to me doesn't like other post-rock groups like God Is An Astronaut or Sigur Ros. The style has rather lengthy songs evolve throughout numerous clean guitar melodies entering and the departing over the course of a given track, which makes their sound very melodic. The occasional vocals on here don't do much for the overall picture, they don't really detract or distract me, and I couldn't see other people being either, from the rest of the song, since they are mostly hummed.
Now, while I have listened to some of the band's older material, I can't say I'm so familiar with it to begin making comparisons to the older work, but from the sound of this record, and from what I've heard from another reviewer, the sound on here is noticeably simplified. For me tracks like Human Qualities or Trembling Hands just scream pop influences, containing very simple sounding melodies. While I personally found tracks like Postcard From 1952 a bit more engaging and intricate, I do have to say that not one of the tracks on here is a difficult listen.
Overall, this is a decent record, nothing great, but it's still has moments that are worth revisiting. I definitely wouldn't call this a great record, it's a bit too poppy for my personal taste, but I'm sure others will like it more. If you're into more melodic and poppy post-rock, check this record out, you should have no trouble getting into it at all.
Overall Score: 6.5
Highlights: Human Qualities, Let Me Back In
Posted by maskofgojira at 11:07 AM