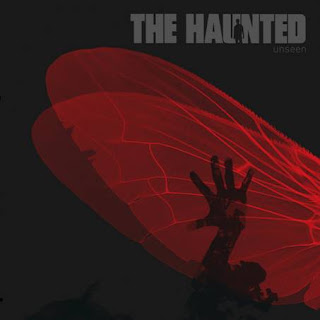 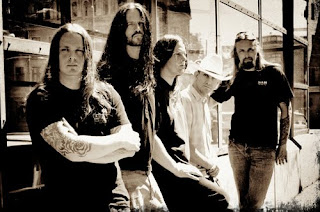 I don't know why people like to knock The Haunted, so they feature two members from At The Gates and they aren't melodic death metal, so what. Even when they went through a more mid-paced and groove oriented phase, I still enjoyed it just as much, if not more, than their more thrash oriented stuff. Apparently, this is supposed to be the band's most accessible record yet.
With 2008's "Versus," many people praised it as a return to form after the previous album, "The Dead Eye," made use of more progressive structures and a more mid-tempo style, but this album pretty much disregards the last album and moves into a much more progressive, yet heavy sound. When a member of a band says that an album is their most accessible yet, it could either mean the band have given into pressures and decided to conform to current trends, or it could mean a greater development of songwriting, the latter proves to be true on here. Throughout the album traces of other bands come out and reveal themselves as influences, everything from the Tool melody on opener Never Better to the Clutch oriented blues vibes from No Ghost and All Ends Well.
Ever since his return to the band, vocalist Peter Dolving has been criticized by many for his vocal style, not quite living up the growls and yells that Marco Aro, but I have always enjoyed his style more so than Marco's. His singing and hardcore shouting really bring something different to the table and his lyrics have always been a high point for me, being one of the few lyricists I actually hold in high regard. But in regard to his vocals on this album, you'll find that there is a lot more clean singing on here than on a the last few records, hear tracks like Disappear or The Skull. But as for the rest of the band, guitarists Anders Björler and Patrik Jensen offer up some killer riffs, if not a bit simplistic, hear tracks like The City, but also some more psychedelic parts like in the title-track, Unseen. Bassist Jonas Björler doesn't step out too much, though his occasional bass interludes do come to mind as cool, hear Motionless. Drummer Per Jensen is a great drummer, no doubt, but some tracks definitely have a sense of more restraint, others do feature a more all-out approach, hear Catch 22.
I think by now, it's obvious that I'm already a fan of these guys, and that I like this album. This is definitely one of my favorite releases from them, the newer and more melodic take on their sound is definitely a welcome one, though I'm sure a lot of people will most likely hate it due to the lack of all-out thrash. If you like melodic thrash with a sense of experimentation, definitely check this album out.
Overall Score: 9
Highlights: Never Better, Unseen, All Ends Well
Posted by maskofgojira at 9:17 AM