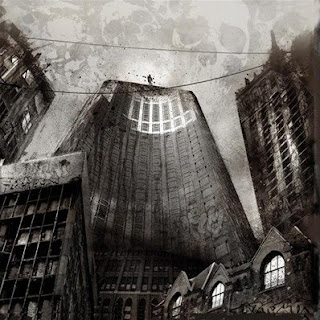 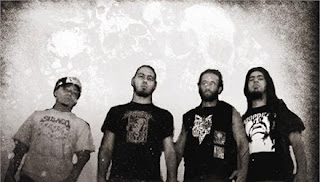 Willowtip is a label that has it's hit and misses for me, some bands are really good and others just don't do anything for me at all. Maruta is a band that, while I was aware peripherally of their first album, it wasn't something that listened to. It was only after realizing that all the grindcore acts I've heard this year have been of a high quality, so I might as well give this one a shot.
Brutal, aggressive, technical, fast, it's pretty much all in here. The vocals give you either guttural lows or high pitched screaming, the riffing is constantly moving, going between something of a technical death metal spazz and crust punk aggression, and then the drumming is pounding and fast-paced as well. It's all there, everything you could ever want from a grindcore record, they even throw in more sludgy parts as well. This whole record is just under thirty minutes, so you're getting just another grinding record in terms of length as well.
In essence it's nothing new for the genre, except that it's played really well. Tempo shifts on a track like Stagnation Routine are what make me like this record, starting slow, moving into a grindcore part, then going into a weird mathcore-meets-punk type of riff. You also have the touch of the 8-string guitar that add that super low bass heavy chug to this record. I do have to say that longer tracks, or tracks that manage to make it over a minute, tend to contain some nice riffing, as oppose to the chaotic frenzy of notes that go on in those shorter tracks, compare Body Weapon to Conform to Deform. Though, even when these guys play actual riffs, there's always something a little off about it, hear Salient.
Overall, while this isn't as impressive as some other grindcore records this year, it's still good. There's plenty of energy in here, plenty of technical guitar work, crazy vocals, and frenetic drumming, so it checks all the boxes for grindcore in my book. Definitely check this album out if you're into grindcore at all.
Overall Score: 7.5
Highlights: Strain, Swine Swallower, Hand of The Overseer
Posted by maskofgojira at 8:49 AM