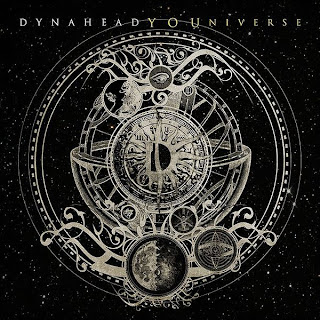 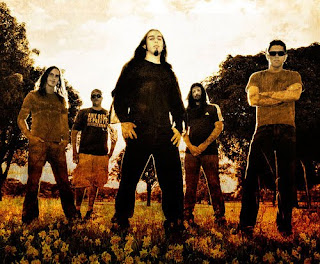 Coming out from the woodwork, Dynahead release yet another full-length album. It's not often that a band from South America manages to catch my attention, let alone one who's influences put it right up my alley. While I thought their debut was decent, I'm hoping for something a bit more original from this one.
It becomes obvious from the onset of this record, that the band have expanded their sound into a much more progressive oriented one. Channeling sounds that recall groups like The Ocean, Nevermore, and Iced Earth, these songs definitely move through plenty of groove sections, but also have more than enough diversity along to please the fan of a group like Opeth. The riffing is technical and progressive, but still melodic, hear a track like Confinement In Black. However there are still songs on here, there's structure and they feature choruses that would please fans of more melodic death metal, which has it's place in the band's sound as well, tracks like Unripe One and Onset should prove that.
The biggest weakness this album has comes in the form of them perhaps being too ambitious, trying to do too much with a single song. While tracks like Inception demonstrate plenty of stop-start riffing on it, the break into more hard rock and symphonic passages on that given track do ruin the flow that it could have had. On the other hand Circles definitely takes a unique take on combining flamenco acoustic sections with more melodic heavy parts or the jazz interlude on Way Down Memory Lan.
Overall, this was a decent album, I do think it is a step up from their debut and it is worth hearing. While I don't think the band truly have a grasp on writing songs that are progressive while still being centered, there's some good experimentation going on here. If you like adventurous metal groups, check this album out.
Overall Score: 7
Highlights: Eventide, Repentance Hour, Redemption
Posted by maskofgojira at 7:46 AM