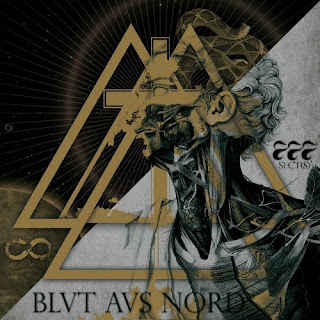 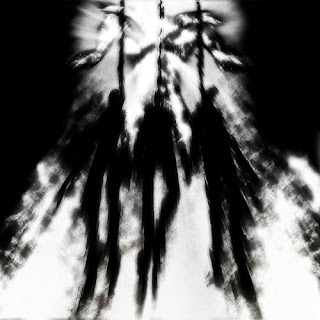 If you like experimetal black metal, Blut Aus Nord is a band that either you're already acquainted with or you just can't get into them. Having started back in 1994 and released some of the most timeless and abstract sounding black metal albums ever released, this first part of a coming trilogy should only heighten their status among metal fans. After last years "What Once Was..." disc, the experimental side of the band is finally able to make a resurface.
Fans have already been claiming that this release shares similarities with Deathspell Omega's latest works, and I can understand how they've come to this conclusion. Opener Epitome 1 does begin with a bang and hits you square in the mouth with dissonant and chaotic riffing. It's a sound that does recall a bit of what DSO have recently been doing, but what's on here feels a lot less tense and paranoid, if you get what I'm going for, than DSO's stuff. This album also goes into realms that DSO wouldn't touch, like the almost electronic ending to the opener or the slower and more epic sections on tracks like Epitome 2 and Epitome 4.
In a sense, Blut Aus Nord is one of the most abstract and original sounding black metal groups of today, as they bring a very unorthodox approach to orthodox. Whether what they play is straight black metal, or more dissonant noise, it always comes out sounding like them, which is a plus, obviously, but on here, while you could hear plenty of other bands perform something similar to this, it still sounds like something only Blut Aus Nord could come up with. Blurring the lines, while always expected from these guys, it's not always known how they do it, keeping themselves both in and against the grain of black metal, is sheer amazing. There are clearly moments of beauty within all the chaos, which is something, whether intentional or not, I've found the band have done in their work, hear closer Epitome 6.
Overall, great release by a great band, and hoping for two more releases of a similar quality later this year. I never expect band things from this group, they always amaze me with their originality while remaining cold and dark. If you like experimental, progressive, industrial, atmospheric, dissonant black metal, you can do no wrong here, check it out.
Overall Score: 9.5
Highlights: Every Track Is A Highlight
Posted by maskofgojira at 8:37 AM