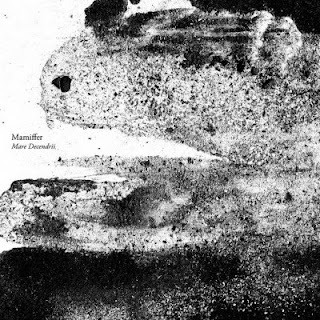 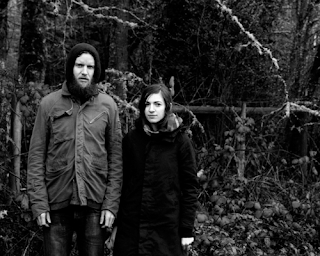 Aaron Turner is a musician that I have grown to have a tremendous amount of respect for since discovering him through Isis. His work through both his label and various projects definitely shows that he's a man who's willing to both be an individual as well as try new things. Since starting Mamiffer with his wife Faith Coloccia, he has taken on more of a side-man role as oppose to a leading one.
If anyone comes into this thinking that it will sound anything like Turner's other projects, they might be disappointed. This has very little of the metal edge some of his other projects are known for and instead trades it in for a more ambient soundscape making use of a lot more textures. Being based off of Coloccia's piano playing, that is the central instrument in all these pieces, these tracks display a more beautiful side of Turner's musical catalog. Though, in my opinion this is what really makes piano oriented records for me, the despair and melancholy that is showcased in a track like the epic We Speak In The Dark is exactly the type of emotional pull I like to get when I listen to a record like this.
Being made up of five epic tracks, each diving into soundscapes that make use of everything from guitar and violin to subtle layers of keyboards. It's an album that really pulls you into it's grips and just pulls you down and puts you into an almost dream-like state and just slowly rocks you back and forth. This is a literal sonic plate with so much sound coming in and out and building on top of each other then falling apart, just hear album closer Iron Water. It's a record you could put on and fall asleep to, you could get high with your friends to this, or you could just put it on and let yourself become immersed in it, so it is a multi-palatable album.
Overall, there really wasn't a whole lot I didn't like about this album, it has everything I love about piano based albums and everything I love about post-rock melded together. The darkness really is just as essential on here as the beauty is, something that I absolutely love about it. If you like post-rock, classical music, ambient music, or softer kinds of music, this is really something you need to check out.
Overall Score: 9
Highlights: We Speak In The Dark, Eating Our Bodies
Posted by maskofgojira at 7:09 AM