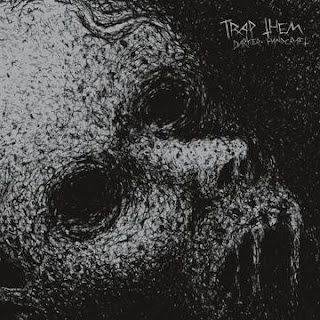 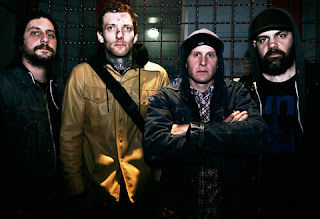 I'm not the biggest hardcore fan, I like to think I'm fairly picky when it comes to grindcore, and most metalcore is utter trash nowadays, so when I say I like Trap Them, I really mean it. This is an album that I was looking forward to hearing ever since I heard the first track released from it. I'm sure many will attest that these guys aren't doing these styles originally, but they craft what they do so well, it more than makes up for the lack of originality.
When it comes to metal music, although I love almost every subgenre, in some shape or form, I have to admit that I love it when a band, of any genre, does metal with a punk aesthetic. This sort of attitude is something that I find mostly comes through in grindcore or early metalcore groups, but it's something that drew me to Trap Them. Despite that, with each record, the band have grown more and more, being able to distance themselves from being a simple grindcore band that has similarities to Converge, and sharing ties to Kurt Ballou, integrating some longer songs and more choruses in their songs. This album really hits that sweet spot for me, between being an all out fist in the face and having just enough structure to make it memorable.
The chaotic nature of the band is still very much in tact on here, but riffs are a bit more clean, in the sense that they don't blur together at times into a swirling wall of distortion. On here, more than any other recording from the band, I found riffs remaining in my head for a longer period of time, like in the brutal opener Damage Prose or The Facts. There is also a more melodic, at times, sound to this record as tracks like Evictionaries and Manic In The Grips are certainly not as consistently brutal and grinding. Previous experimentations involving sludge and black metal also show up on here as well, bringing a darker atmosphere to this album as well, hear closer Scars Align.
Overall, this is a really good album full of fantastic songs, great playing, and an vibe that I really enjoy a lot. There isn't really anything bad I can say about this album, I enjoyed every minute of it. If you enjoy grindcore, hardcore, old-school death metal, punk, or any sort of aggressive form of music, definitely check this album out.
Overall Score: 9.5
Highlights: Every Track Is A Highlight
Posted by maskofgojira at 11:27 AM