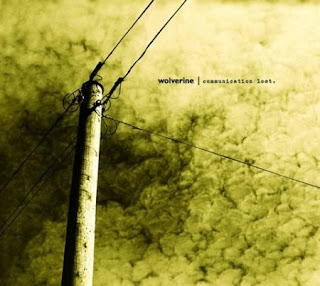 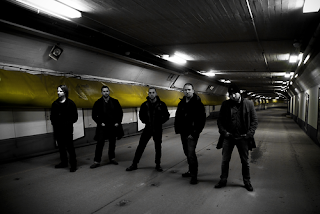 Wolverine has been working on this for several years, and I've been hearing rumors of it's release for the past three years, so here it finally is. I first heard these guys around the same time I was finding a band like Opeth and really got into their 2001 debut "The Window Purpose." I've been finding that there has actually been quite a wide acceptance of this album despite the time taken to release it.
Despite Wolverine's movement from more progressive death metal into much more atmospheric prog-rock, ala Porcupine Tree or Ananthema, it really seems as though a lot of fans are making the transition quite easily. The much more ambient and textured sound definitely suits the band, as vocalist Stefan Zäll does have a great voice. I'm sure some did feel that the abandonment from the harsher tones of death metal and the movement into more melodic and what I would actually call tranquil sound, I actually feel like the territory that they've moved into not only suits them better, but is more original as well. The more atmospheric side definitely allows for a much great emphasis on textures and different soundscapes, which is something that you rarely, if ever, get in a death metal band.
I don't want the above to really offset what actually happens on this record, because, yes it is much more ambient and melodic than than band's early material, but there are still some very metal bits in here, Into The Great Nothing. I think that it's also important to mention that the band have not rid themselves of their more proggy musical inclinations as there are plenty of instrumental and solo sections on here. There's also a wide range of emotions played out on here, which is something I always love hearing in an album, no will deny the darker nature of a track like Your Favourite War compared to the more emotional nature on Embrace. With all that said, each song maintains the great ability to capture, at least, my attention and draw me in with a good melody or hook. Due to all the different elements, emotions, and great songwriting, this album turns into one of the most consistent releases I've heard this year, as well as one of the most gripping.
This has to be one of my favorite prog album this year, it's really just so moving and unique. It's progressive without really going into the realms of self-indulgence, even if I do like bands that do that, skillful playing never takes precedence over a good song. Definitely check this out if you're into more melodic metal with a definite atmospheric side.
Overall Score: 9
Highlights: Into The Great Nothing, In Memory of Me, Communication Lost
Posted by maskofgojira at 7:39 AM