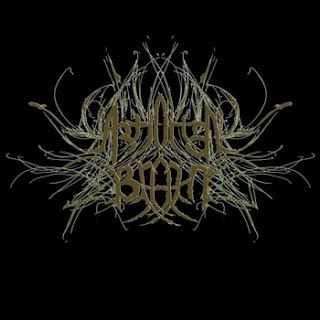 When I got an email telling me about this band, I probably was a bit ignorant to it. Revocation is a cool band but I had never heard of the other bands, so maybe I kind of wrote them off as being another death/thrash band. I loved the idea I was told about after reading further, and seeing other bands that were compared to this one, so I decided to check it out.
This is certainly something a lot different from the death/trash I had expected seeing the Revocation name placed along side this band, though that really shouldn't have mattered anyway. What's on here is more like a trippy brutal death metal band, low guttural gurgles and growls, but also a lot more interesting, instrumentally. I find it odd that a lot of the bands I'd seen compared with this one were black metal bands and this album really doesn't have a whole lot of black metal in it. Despite that, there are plenty of sounds on here that did capture my attention, like the more atmospheric break in Lightwaves Birthing Ages. Personally though, I'm just not a big fan of this style of vocals though, the low and gurgled style just doesn't really do it for me.
This is a decent demo, some cool ideas, but it does have some elements in it that aren't really my cup of tea, like I said. I'd be interested in seeing where these guys do take their sound in the future, cause there's the potential to be something different and original in here. If you're interested in some experimental death metal, look here cause this is pretty cool.
Overall Score: 5.5
Highlights: Spacid
Posted by maskofgojira at 10:41 AM