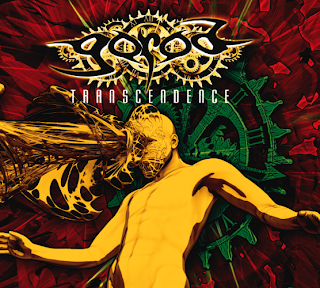 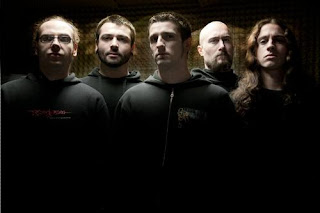 Gorod is, in my opinion, one of the best technical death metal bands to come out in the last decade. Sure, there are plenty of other good bands from that scene, but very few bands have managed to write songs as catchy as these guys. Apparently during the recording process the vocalist Guillaume Martinot left the band and a new vocalist Julien "Nutz" Deyres came on board.
This is a unique little gem from the band, after 2009's "Process of A New Decline," what we have here is one new track, one re-recorded track, one cover, and two reinterpretations of older tracks. When it comes to the the re-recorded, Earth Pus, what you have is a nice slab of technical death, nothing all that special, it's pretty average for this band, but it's still a very good song, but obviously it sounds a lot better than the original. The two interpretations are both very good, and something, I hope, the band decide to experiment and develop more with in future releases, Blackout: Renewed Souls recalls a lot of flamenco, salsa, and jazz music while Earth Pus: Salvation is making use of a lot more of a cinematic sound, while still using a more traditional classical guitar sound. Cynic's Textures is obviously a good song, demonstrating an even higher tolerance for the more jazzy sounds appearing on this album. The final track, and sole new song on here, is the fifteen minute long title-track, Transcendence, which should please any fan of the band. Featuring Ross Dolan of Immolation on guest vocals, and from what I hear, new vocalist Julien "Nutz" Deyres is on the track as well. I won't spoil this track any more than I already have, just know that if you like technical/progressive death metal, you'll definitely want to hear this track.
This is a very solid release, and it's a great tech-death release, and it is consistently surprising to me that more people don't know about this band. Definitely a step forward for this band, and like I said above, I hope the band decide to make use of more of these mellow sections, and clean vocals, in the future. Definitely look this album up if you like technical death metal.
Overall Score: 8
Highlights: Blackout: Renewed Souls, Transcendence
Posted by maskofgojira at 10:53 AM