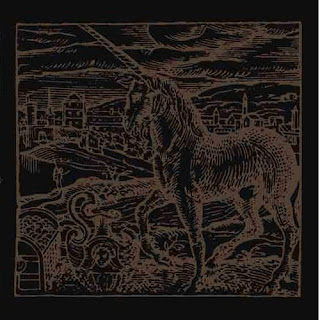 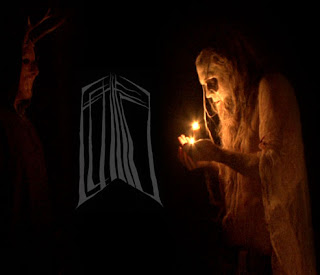 I don't think it could have been more than a year or so when I first discovered Echtra among the many experimental black metal groups on the Metal Achieves. Sure, I can't say that I ever really explored their music more than once until I found out this album was being released, and I kind of decided to listen to it again. It's a project that is unlike any other group you'll hear.
Now I feel the need to mention this, but to anyone who doesn't really know what they're getting themselves in for, this is the type of band you can't just put on and expect to rock out to, cause you will fail if you attempt that. Not only is every song this band has released twenty-three minutes, occasionally a second or two over, but each release is constantly moving their sound into a more meditative and ritualistic sound, or progressive if you will. These lengthy pieces however could be seen as a single song with how similar ideas conjoin separate tracks together. However, with that being said, this project in no way is abandoning the harsher, more black metal aspects of it's sound, but expanding the entire genre by melding it with folk, dark ambient, drone, doom metal, post-rock, and to a certain degree, new age. I mention new age music only because of the calming nature of this album, I wouldn't say it overwhelms the listener as much as it draws them in and just entrances you.
I don't know if you would say that the effect of their entrancement has gotten strong on here compared to past releases, but this album is certainly more engaging. Like I said above, you could call this progressive because the music on these two tracks is constantly evolving from minimalistic acoustic guitars to harsh buzzing drones in the background to bleak soundscapes that just swirl around the music, things move in and out of a track. Unlike their first album, you no longer have long periods that contain tremolo picked guitars, there's progression, and it's something I love about music, in general, with each this and the "A War For Wonder" EP both expanding upon that more simplistic idea. Now, to return to the track lengths for a second, I know that songs like these can be a bit hard to swallow on first listen, it takes time not only to understand the songs themselves, but also the band. Each of these tracks just really expresses a similar sort of concept, but each is very different. The first half of Paragate, is a fairly bleak affair, making use of a lot more drones and dark atmospherics. The second half is much more beautiful and calming, despite being having the most black metal portion of the disc.
Definitely a very unique record and a record that is very captivating and haunting as well. This is one of the few records that, if it was played live, I could actually imagine it being done as a ritual, not like a lot of bands claiming a live performance is one, this is the real deal. Definitely check this out if you're into experimental black metal, doom metal, folk music, or even drone or post-rock.
Overall Score: 9
Highlights: Paragate II
Posted by maskofgojira at 12:26 PM