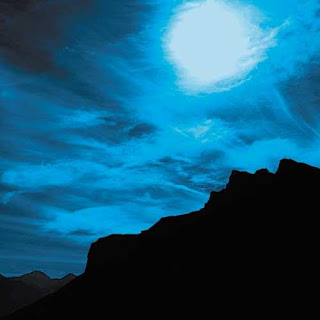 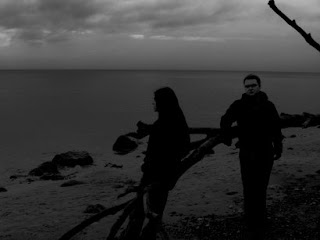 I remember first hearing about Isolation through a split the duo had done back in 2008 with Australian depressive black metalers Austere. Funnily enough, I really don't remember all that much about it. Yes, another depressive band, but I'm hoping that this is a good one as well.
This thing just takes off once the title-track, Closing A Circle, opens up, which is really something I didn't expect at all. Unlike the more acoustic material that was used on the split with Austere, this is electric, and it definitely stands apart from the depressive scene. The sound on here is not only a lot better produced than most bands that come from that scene, but the musicianship, the vocals, and the songwriting is a lot better as well. You'll find that this lies somewhere between the blackgaze sound and a more post-rock sound, it's very different from any other band I've heard coming from this scene. In a sense, what's on here could barely even be called metal at some points, having more of a rock, granted post-rock at best, sound instead, and I couldn't really summarize it any better than on the track Fan The Flames, which is probably the heaviest track on here but is still more of a rock song.
The bass work is something that really stands out on here, it's very clean and loud in the mix, which I'm sure might not appeal some people, but it certainly is very cool to hear some of the bass-lines throughout, One Day. The vocals also take a different tone on this record, for better sometimes and for worse at others, but I've already seen that this is a bit of a polarizing move for some fans. For some reason, some tracks just have fantastic vocals that brought to mind Aaron Turner trying to sing in Alice In Chains for me, which is really good, but other tracks just sound too flat and uninspired, Never Enough, with shouting that is just lackluster. I really do love how this record was put together though, the songs all kind of flow together on here, creating a very seamless listen, as well as the songs, several of these tracks have some really cool and dark sounding choruses.
This album is definitely very different and I can imagine people, especially those that tend to think of this band as "depressive," having some trouble with this. I actually think that it's quite an interesting record, it's by no means a fantastic record, but it's a lot better, and different, than what I had expected it to be. Definitely look into this if you like blackgaze, post-rock, or something more along those lines.
Overall Score: 7.5
Highlights: Closing A Circle, Nomad, The Wasteland
Posted by maskofgojira at 11:33 AM