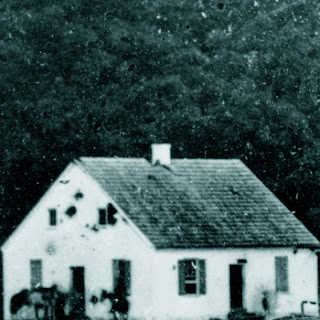 Time to chill out with something nice and easy. I know the whole ambient/drone thing is probably not for a lot of people, as I've previously stated before, but it's nice to bring yourself down every once in a while. After a long day, sometimes it's good to just put something quiet and droning on.
With an album like this, five songs of pretty minimalistic ambiances that ultimately do very little in their time spans, I can imagine some getting really bored after listening to opener Ghost Doze and just turning this off. But, looking beyond the very simplistic sounds on here that just bounce back and forth, there's a lot of personality. Echoes of subtle sounds just move through the background, while harsher, to an extent, tones drone on in the foreground; though it's minimal, it certainly isn't one-sided and boring. I also love the field recordings on here that just give the entire record a very blissful, calm after a storm, sort of vibe.
There's actually quite a bit of variety on here, more than one might expect, though that usually is the case with most ambient and drone music out there. Some tracks on here definitely maintain that very quiet and fairly somber atmosphere, expanding the sound of the background; but it's on a song like Overlookers that I find interesting due to it's inclusion and experimentation with noise right up in front. It's the noisier side of this album that I think makes it so fascinating to me, how it manages to explore different realms of sound while making use of very almost nothing out of the ordinary. The harshness of the noise mixing with the more tranquil ambient soundscapes that make up the base of the album.
Although I can't say I ever anticipated not liking this record, it impressed me a lot more so than I would have thought originally. Definitely something a little bit different, and I already know that a lot of people are already digging this album a lot. Definitely look into this if you like drone, noise, ambient, etc. you get the picture.
Overall Score: 8
Highlights: Overlookers, Crowhurst
Posted by maskofgojira at 7:19 AM