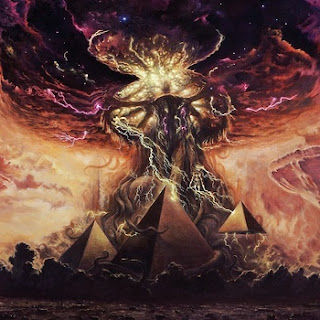 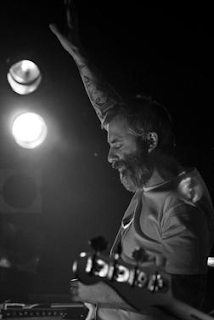 If only for the name, I knew from the second I saw this album that I had to hear it. I don't know how many other people grew up like me watching the old TV show Beastwars, but that name alone was enough for me wanting to check this album out. I've read a little bit into the band itself, and people seem to have taken to it pretty well, hopefully it's good.
So what we have with this record is some bludgeoning stoner metal that'll definitely please fans of the style for sure. This is nice and mid-paced, contains all the right grooves, mostly clean vocals, and heavy bass is used throughout, it's got what I could only imagine to be a fan of this music's wet dream. Though it's probably obvious to fans of stoner rock, this record does make use of plenty of blues, Daggers for example, which is something that always catches my ear when I'm listening to this sort of stuff. I think Iron Wolf is probably the best "ballad" I've heard all year to be honest, if you even want to call it that, I just liked how the softer and more downplayed groove to that song came out. In fact, later tracks have a bit of a Neurosis kind of thing going on to them, not to the extent someone could call it "post" whatever, but you can definitely hear it within the last couple of tracks on here.
In all honesty, I think that the best part of this record is the singing, it's very gruff and smoky sounding, something you don't hear a lot these days, in a lot of music not just metal. His range is also quite good, you have tracks that are much more smokey lounge-club crooning, Mihi, but you also have the tracks that are much more aggressive and have vocals that equally measure up, Red God. At times I could hear a bit of Tom Waits in his voice at times, and on some tracks there even a Steve Von Till resemblance as well. I find that without this guy's vocals, this band would be just another cool stoner metal/rock band, to be honest.
This is actually a pretty solid album, not a bad track on here, all very good and memorable. Frankly, this isn't really my thing, but I really enjoyed this record. Definitely look into this if you're in the market for some cool stoner rock.
Overall Score: 8
Highlights: Damn The Sky, Call Up The Dead, Cthulhu
Posted by maskofgojira at 9:11 AM