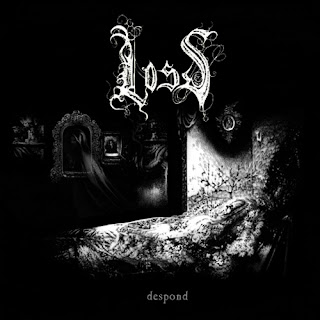 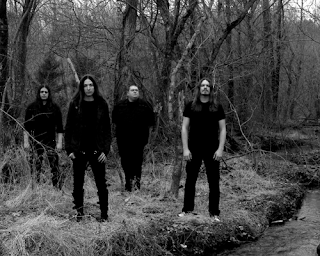 This one's been a while coming, I've wanted to cover this for a while and looked forward to doing so but other things come up. Despite being a debut full-length, which still surprises me that these guys haven't released more full-lengths, these guys have worked with some of the big leagues in modern funeral doom and doom/death metal. From all the acclaim this record is getting, I have some high hopes for this thing.
Having worked with the likes of Mournful Congregation and Worship on previous splits, I think that the expectations set for this debut were set pretty high, by others just as much as by myself. It's very hard to craft any sort of identity in modern doom/death and funeral doom simply because there's a lack of new ideas or it's trying to be done in the most basic and primal way that it feels so faceless among the heavyweights of those genres. Loss, much like the Seidr record I reviewed earlier, manage to carve out a little place for themselves in the doom/death genre, though Loss are still much closer to funeral doom than Seidr.
The line between the two sub-genres is blurred throughout this hour-plus long record, keeping the more melodic similarities to the doom/death bands, the likes of early Katatonia and Anathema, but also have those drawn-out drony sections and the disgustingly low vocals that has more of a place in funeral doom. Though I wouldn't say that mixing traits, whether intentional or not, is an "original" idea, I think it's rare that any band within those genres is doing anything other than sticking to the formula set by their originator, which is why tracks like Cut Up, Depressed and Alone manage to actually be both memorable and crushingly heavy at the same time. What I find so captivating about this band is that they are able to craft such strong melodies, reminding me of the classic bands mentioned above, but obviously done with their own flair, despite being much slower than those bands. I also find that throughout the album, while a lot, and I mean A LOT, of bands in the extremer side of doom focus a lot on simply laying down the low-end for an entire song, these guys manage to evoke a much darker and more palatable sense of despair and mourning through softer sections that only enhance how crushing those heavy sections actually are, The Irreparable Act the album closer does an excellent job at this.
I don't know how many others have notice this, but I think it's been a really good year for doom metal, and this is just another great record demonstrating that. This is a record that's just as catchy as it is dark, which should please any fan of the doom genre. Definitely check this out, one of my personal favorite doom releases this year.
Overall Score: 9
Highlights: Open Veins to A Curtain Closed, An Ill Body Seats My Sinking Sight, Silent and Completely Overcome
Posted by maskofgojira at 9:02 AM