Shroud of Despondency - Fairytales From The Tunnel of Puke (2011) 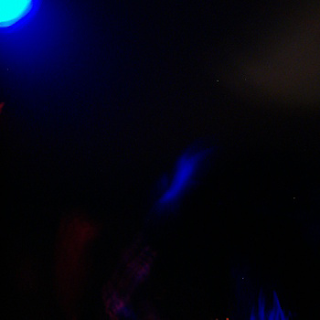 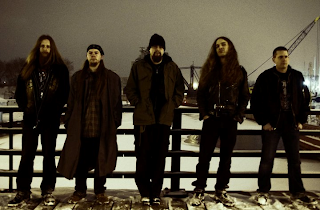 Shroud of Despondency have been on quite the hot-streak this year, since the release of what is probably their most acclaimed record to date, "Dark Meditations In Monastic Seclusion," they've released a slew of new material. Another full-length, live album, and demo later we have this album. It's kind of weird going back to this band a few months after listening to "Dark Meditations..." and finding out that you've kind of lost track of what's been going on with them.
If the opening of I'm Nothing Forever doesn't demonstrate that these guys are moving into a much more progressive, and at times abstract, sound, than nothing will. The opening clean guitars bring together quite a different sound than on "Dark Meditations..." and the inclusion of a saxophone is also a noticeable shift. The rest of the album never really reaches that same level of weirdness, but further experimentation with more country and folk, progressive metal, and doom metal can be heard all over the album, with Death's Paralyzing Sense of Reality being noticeable for featuring a little of all three. I really have to compliment the vocalist, because I can still remember that his vocals didn't really feel right for the band back on "Dark Meditations...," but on here he feels a lot more comfortable with the band and his style is a lot better, making use of a more traditional style of screaming.
While I'm not quite sure that one could really call this an improvement over the last album, subjective opinion, but I certainly would, musically speaking anyway. The production is quite shabby, which would certainly lend itself to the idea that this is more of a demo. The drum sound on here is quite tinny sounding and the vocals are recorded in a way that makes it sound like the vocalist is whispering instead of screaming. The keyboards also feel a bit too loud in the mix at times, kind of ruining a good atmosphere the band have going. Having said all of that, I feel like the production works well when the band pull out the acoustic guitars, Caving Grounds of Pseudo Enlightenment, because it has a very nice warmth to them that I feel isn't found in a lot of more produced recordings.
While I feel the production really hindered this recording, I really like where the band is going on here. There's a definite sign of improvement as well as a movement towards what could be a more original sound, despite all the experimentation on here. Check it out if you like experimental black metal.
Overall Score: 8
Highlights: Hope Spawns Greed, Three Out of Four People, Death's Paralyzing Sense of Reality
Posted by maskofgojira at 11:30 AM