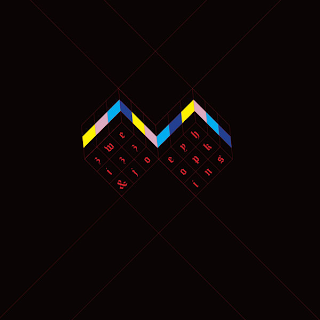 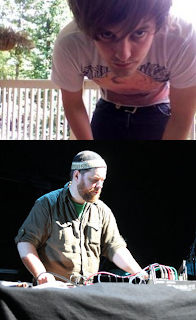 Unfortunately, this was the first collaboration between avant-garde electronic/black metal musician Zweizz, of Fleurety and DHG, and underground industrial black metal experimenter, Joey Hopkins, I say unfortunately because this was also their last record. Despite never releasing a full-length album with any of his projects, his impression has certainly been left in the underground metal community. In regards to the spirit of Mr. Hopkins, I could not ask for a better honor to review this album.
This nine track affair was originally crafted as a collaboration between the two artists, but later turned into Zweizz finishing the ideas and sketches that Joey left before his untimely passing. Filled with influences that mix IDM, black metal, harsh noise, and pop music, this is far from any normal record. You'll hear sounds that are present in one being used on top of another as well as sounds that are completely foreign to any of them. The use of what appears to be a more classical, or symphonic if you will, composition of The Goat definitel lends itself to the darker and more dissonant side of the album. If there was one track that is perhaps more accessible than any of the others, it might just be Smash, Politics, Gag because it's short, melodic keyboard melody is very memorable, if not a little weird.
Pulsating drums that move into extreme double-bass, inhuman style, that they cease to sound like any sort of percussive instrument anymore and turn into more of a driving noise behind everything. Guitars that are distorted and harsh, but still melodic, though I have to say they're not the main focus on these songs, they certainly have their place in the sound. Keyboards tend to steal most of the focus on this album and they range from carnival-esque Mr. Bungle-ish, Black Strobes, to electronic and dancy-ish, How We Ate The Flesh, and even that of 8-bit and video game sounds, Bimor Bibmoj. Even the guests come from some of black metal's left-field, Garm of Ulver, Carl-Michael Eide of Virus, and Kim Sølve of Delirium Bound, are just a few that make an appearance on here. If any of these things are an indication that black metal has lost a great and experimental mind, I don't know what else to tell/convince you.
This is actually a really good record, but definitely, definitely a strange and difficult one to really get down. Some songs do click a lot easier than others, but most of these are tough little buggers that just refuse to go down. Definitely recommended to those of you that like the more avant-garde, disturbing, disorienting, and chaotic side of black metal.
Overall Score: 8.5
Highlights: dWill 2 dPower/Tomorrow, Porcelain Dolls In The Bath, No Clue
Posted by maskofgojira at 10:08 AM