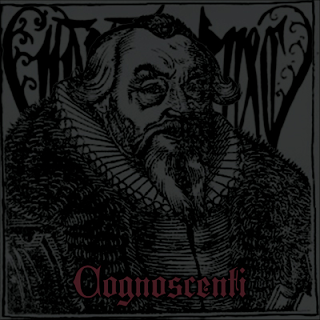 There's been a little bit of controversy surrounding this release, probably to the extent that it kind of overshadowed the actual quality of the music in some cases. While this was supposed to be released on Supernal Music, apparently they were unimpressed with the number of people who pre-ordered this album so they decided not to release it. But finally this thing has been released, by a label that isn't in the business to make money.
Despite being a five song album, it just tops thirty minutes, this thing actually takes a lot of the sounds from modern black metal, think the last four or five years, and just mixes them together. It's a little odd at first, but think elements from Alcest, Enslaved, Hæresiarchs of Dis, and perhaps a little bit of Njiqahdda styled production, and it should give you a small idea as to what this sounds like. I can't really pin down exactly what it is about this album that makes it so different, you have the more post-rock/shoegaze melodies, you have hazy production, some more adventurous tracks that definitely bring more of a progressive edge to the table, but also this very prominent atmosphere that just hangs in the background. There's just something about this record that makes me scratch my head.
If you're wondering where the Hæresiarchs of Dis comparison comes from, it's not from the symphonic elements, but more from a sort of classical sophistication. The music on here really reflects the cover art of the album, it's dark and pretty raw, by production standards, but it has this sort of old-school orchestration that feels so above what most bands in the symphonic scene are doing right now. Songs like the title-track, Cognoscenti, really show exactly what this band is about, you have this beautiful and haunting atmosphere, raw riffing, and minimal vocals, but a very unique classiness to it. Even at it's most aggressive, Veritas, Satana, this thing still manages to really hold a certain ambiance that isn't used in any other band/project I've heard thus far.
I don't see why Supernal Music would drop this project, this one has some real potential to it, as well as a sound that I could hear a lot of different people enjoying. I didn't anticipate enjoying this thing as much as I did, and I thought it would definitely be good coming into it. Definitely a unique little gem of an album right here, check this out if you're into atmospheric black metal or even blackgaze.
Overall Score: 8.5
Highlights: Pallida Mors, Cognoscenti
Posted by maskofgojira at 11:58 AM