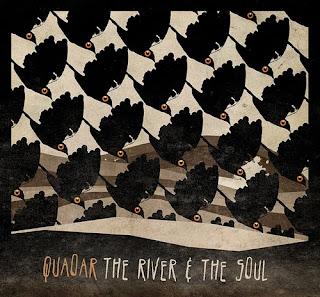 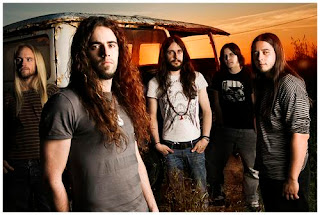 Despite already releasing a pretty cool debut back in 2007, "Man't," I'm surprised the guys in Quaoar aren't really that well known. These guys really grabbed me with that album, it was definitely a progressive metal album, but it didn't have any of the negative connotations that are usually present in the genre. It was a nice debut and I'm glad they're still doing new stuff.
Though I wouldn't call them a clone of copy of them, the most similar group to the guys in Quaoar are definitely Pain of Salvation. There's that ever present, or persistent to some, sense of weirdness or quirkiness on here that I know turns some people off from PoS' material. These guys will probably lose some fans who like prog-metal to sound exactly like the Symphony Xs or Dream Theaters of the world because there are songs that are shorter, most are around the seven minute mark on here, but have more of raw and hard rock quality to them instead of winding instrumental sections, a perfect example would definitely be Enslaved, a sort of power-ballad, but with balls. I think it's definitely nice that these guys are willing to use influences from blues, folk, and even classic rock, this is definitely not your standard prog-metal album, it's better. These guys channel a lot more Led Zeppelin, Pealjam, and at times Tool, than most other "prog" bands do, something I really enjoyed throughout these songs.
If you had to narrow down one point on here that separated Quaoar from every other band, it would definitely have to be Iñigo. His tone definitely recalls some elements of Daniel Gildenlöw, but his voice has a very nice vibrato quality to it that made him really stand out, at least to me. At times, he almost goes into a Jeff Buckley sort of vocal, which I think is really cool, that I'm sure should win him a few people, Absolutely. At his gruffest and most aggressive, he comes off like Mr. Gildenlöw and at his most melodic and emotional definitely coming off as more of a Buckley, but there's a lot of good middle range exhibited throughout this record. I love the balance created between emotion and pure rocking in the vocals, something I'd love to hear more of in bands in general.
This is definitely one of the best prog album I've heard all year, it really stands alone from other releases in both songwriting and the band's own voice. This is a step up from their debut, and the band have gotten better in pretty much every way, in my opinion of course. Do yourself a favor and check this out if you're into progressive music.
Overall Score: 9
Highlights: Love The Muse, Get Rid of Them, Hear The Void
Posted by maskofgojira at 9:13 AM