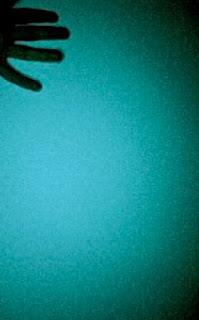 Yet another album I found quite randomly along with the album accompanying this one. Much like the album I'm reviewing with this one, there really isn't all that much info on this band. Apparently mixing American hardcore with black metal is where these guys lie sonically.
Right from the get-go, it's very apparent that this album is, despite being the same length, fifteen and a half minutes total, is a much more aggressive beast. the sounds on here are much more reminiscent of straight ahead black metal, but obviously with that hardcore and screamo influence as well. That sound is actually quite prominent in here, the very thrashy and driving pace at which the riffing and drumming are played on most of these tracks definitely recall those sounds a lot more than modern black metal, this is most obvious in a track like Already Forgotten. This is also pretty raw as well, production wise anyway, with a very confined sound much like the band were playing in a very large basement sort of sound.
I enjoyed this album, it was a nice, short, and pretty driving and entertaining while it was on. Though I wouldn't call this album anything all that special, there's definitely something here that's worth watching. Check this band out if you're into black metal with more of that screamo hardcore element mixed with it.
Overall Score: 7
Highlights: Teeth On Coticule, The Pack, Manifested
Posted by maskofgojira at 10:50 AM