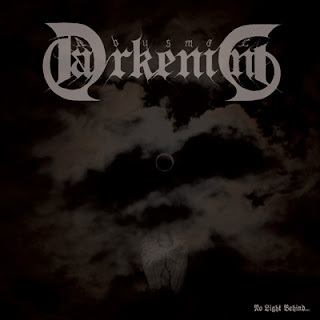 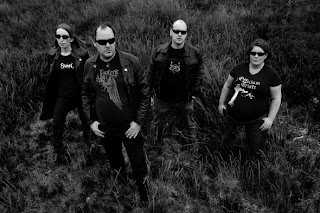 When I first heard of this album, the bands Celtic Frost, Bethlehem, Pentagram, and Urfaust were being tossed around with it. Now, I'm certainly no expert on any of those bands, but I can at least tell you that they're all great. If that wasn't a reason to check this out, nothing would have been.
Given the information above, because really all that told me was that this would be some pretty cool music, there's still only a very vague picture painted. When this started, I can tell you that there was certainly something very uniquely unoriginal going on here, if that makes any sense. While Behold The Gods opens the album, the sounds it evokes are very familiar to the bands mentioned above, but none of them sound specifically vibe like any of them. There are signs of Pentagram and Celtic Frost musically, but the atmosphere has a lot more in common with the depressive sounds of Bethlehem and the dank and haunting ambiance of Urfaust.
In terms of the actual songwriting abilities of this band, I can safely say that if you're a fan of doom metal in any way, chances are that you'll have a good time with this record. Tracks like Dead Eyes and Endless March of The Dead bring back a lot of old-school blues-tinged riffing with more black metal snarling. In a few cases, one could almost call these guys a bit of a stoner group due to the very bluesy vibe to some of the riffs. While these guys do stay in the world of doom for most of the album, there is certainly times when a more black metal style of riffing is utilized, De Zomer Is Dood being one of the few instances where the band made use of tremolo picking. Back to the songwriting though, the arrangements retain that doom/stoner approach towards not going overboard and blasting, in comparison to a lot of other doom groups, most of what's on here is actually quite mid-paced, but it's all about having good riffs and a really brutal atmosphere.
I really enjoyed this album, though it certainly wasn't perfect, I like whatever these guys are trying to accomplish. It's very dark and cold sounding but not without having plenty of catchy riffs. Definitely check this band out if you like doom metal or if you enjoy bands that can actually make a dark atmosphere.
Overall Score: 8
Highlights: Dead Eyes, Words of Doom, De Zomer Is Dood
Posted by maskofgojira at 10:19 AM